When Grief Has You 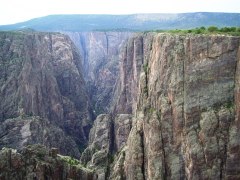 People tell me I shouldn’t dwell on grief, on death, on life without my life mate/soul mate, but I don’t dwell on any of those subjects — they dwell in me. His death broke something inside me, so now there is a crack where the abyss seeps in. Unlike other people who have lost a mate, I never get signs that I might perceive as coming from him, no signs of any kind, just this abyssmal feeling.

A friend who lost her husband a year ago kept a journal all through his dying, and during the past year, she has used her journal to remind her of the various anniversaries of his dying and death, but I don’t need such reminders. My reminders dwell in me, in my body. I’ve been very sad the past couple of days, and I couldn’t figure out why the upsurge in grief, and then it came to me. Yesterday was the anniversary of the day I got the call that he’d been cremated, and today is the anniversary of the day I picked up his ashes. What a terrible, terrible day that was and so fresh in memory, it feels as if it were two weeks ago instead of two years.

I’d stopped by hospice to get a pillowcase of ours they had misplaced (I’d brought a bunch of pillows for him since he liked being propped up). I was frantic to get that pillowcase back, not that it had any sentimental value, but I felt so shattered and scattered, I needed to bring everything together as much as I could. From hospice, I went to pick up his ashes. I had to wait for the funeral director. She’d been attending a children’s party, and was late for our meeting. The urn I’d ordered had been discontinued, which she neglected to tell me, so she handed me his ashes in an ugly brown plastic box (she called it a temporary urn, but it was just a box). It was much heavier than I expected. People talk about ashes (except in the funeral business where they are too cutely called “cremains”), so I expected them to weigh almost nothing, but the “ashes” are actually bits of bone and other inorganic matter, the part of the body that was never alive. And they are heavy.

I drove the sixty-five miles home with tears streaming down my face. I brought him inside, set him on the bed, but I couldn’t bear to see the naked box or to be reminded it contained all that was left of him. I finally wrapped his robe around the box. And I haven’t unwrapped it since.

Some people have expressed admiration for the way I analyze grief, but mostly I’ve just tried to put into words what we are all feeling. When grief has you, you can only go along for the ride. There is no analysis, no thought, just feelings. For months after he died, I kept dropping things. I could not get a grip on anything. Couldn’t get a grip on my thoughts, either. Just had to let grief flow.

One of my blog readers is worried about how she will deal with her grief after her husband dies, but the truth is, you don’t deal with grief. It deals with you.

8 Responses to “When Grief Has You”