Look Out Life, Here I Come!

I gave up dating when I was nineteen. It was too much like trying to slog my way through a pool of molasses without any of the sweetness to make the experience palatable. I remember once the boy took me to a nice restaurant, and then sat there like a lump. Perhaps he figured that since he was paying for the meal I had to entertain him, but if I said something, his eyes would glaze over or he’d shift his gaze away to look at anything but me. If I asked a question about him, he’d respond in as few words as possible, then lapse into shifty silence again. It was like dropping a pebble into the sand. No ripples of conversation. Just a few dull words plunked on the table between us. If it was only him this happened with, I might not have been so quick to exit the dating scene, but it was typical of 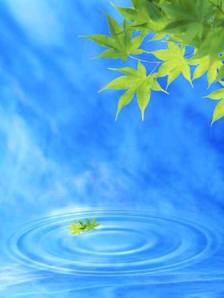 Because of this dating experience, my meeting Jeff — the man I would spend thirty-four years of my life with — came as a total shock. I stopped into his health food store one day and happened to drop a few verbal pebbles. He took those pebbles, skimmed them across the space between us, creating ripples galore. Then he tossed more pebbles into the conversational waters while I was skimming those pebbles back to him. All those ripples caused a tide pool that kept me connected to him until he died. (I was an hour late for work that day we met, and when I told my boss and co-workers why, they laughed, thinking I was making a joke since they knew my history with the opposite sex.)

For the past few months, a friend has been trying to talk me into joining an online dating site, and I finally succumbed. I don’t want another lifelong relationship. I don’t even want to fall in love. But it would be nice to have someone to do things with. Go out to lunch once in a while. Maybe go bowling or to the beach. Something.

My friend has been finding matches for me, so I’ve been writing to her choices as well as the site’s matches. Only three people responded, and oh, man. Talk about regressing back to adolescence. Conversational pebbles plunking into the sand. No ripples. Just dead end thuds.

I wrote charming notes to dozens of prospects, referring to things they posted on their profiles and ending with a pertinent question to get the conversational ripples going. The three who responded answered the question in monosyllables, and that was it. When I responded to their response, I got even fewer syllables. No show of interest in me or in anything, actually.

One of the three claimed to be funny, to love jokes and all kinds of humor. I thought we might have a few laughs, but he found my attempt at humor insulting, and I found him pedantic. One guy claimed to love words, but when I offered a bit of word play and the link to a cool word site, he merely thanked me. Plunk.

I thought this would be hard because of my not being ready, but it’s hard in a way I never even imagined. Like reliving adolescence. Still, I didn’t really expect anything from the site. Signing up was mostly a symbolic way of throwing myself into the future. A way of saying, “Look out life, here I come!”

Like Loading...
Posted in culture, internet, relationships. Tags: dating, dating after the death of a spouse, how to converse, online dating, ripples. 15 Comments »