In two days it will be four years and two months since Jeff — my life mate/soul mate — died, and even now I can feel the effects of his goneness. I still have occasional grief surges that bring a quiet bout of tears and a great yearning to see him once more. Chances are, I will have will have such upsurges for the rest of my life, though perhaps at a continually diminishing rate.

I keep busy, so I’m not subjected as often to the desperate loneliness and aloneness that plagued me for the first three and a half years of my grief, but holiday weekends, when everyone else is involved with family, brings the loneliness home to me. (I’m not strictly alone, but my 97-year-old father is involved with his personal end-of-life rituals, and my dysfunctional brother is . . . well, let’s just say I am much better off when he leaves me alone. Neither man sees me as real, so although I am not strictly alone, I am actually more alone than if I were truly alone.) Sometimes I wish I had someone for my own, but I’m 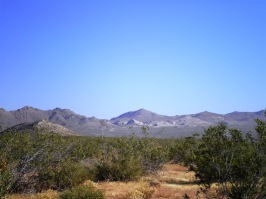 not interested in getting involved. Not only is it too soon for another connection, but a connection would pull at me, keeping me from doing what I want/need to do — whatever that might be. So I deal with the loneliness as best as I can.

For thirty-four years, I was connected to another human being on such a profound level that when he died, it felt as if half of me went with him, as if I were straddling the line between here and eternity. I don’t feel the nearness of eternity any more, don’t feel the awesome gap between life and death — in that respect, my life has gone back to “normal.” But even after all this time, something in me yawns wide and cries out to be filled. Sometimes I try to fill the emptiness with physical activity. Sometimes I try to fill it with chocolate and other treats. Sometimes I try to fill it with reaching out to others. But it is always there, an itch beneath the surface of my consciousness.

Despite Jeff’s absence, despite my brother’s presence, I am happier than I ever thought possible, and yet . . . Jeff is still gone. Still dead. Still, strangely, a part of my life.

I went walking in the desert today. I haven’t been out there for a while, keeping my ambulation more as a means of transportation than recreation, but it felt right. I used to talk to him in the desert, used to feel close to him in the vastness the open land, used to show him the steps and positions I learned in my various exercise classes, but today I just walked. Felt the ground beneath my shoes, felt the heat on my shoulders. Just . . . felt.

(I did ask Jeff if he’d watch over me when I took my epic walk, but he didn’t respond.)

I know he couldn’t have stayed. I know I couldn’t have gone with him (except for the part of me that died when he did). I know I’ve had and will continue to have many adventures I never could have had if we were still together. I know, though I seldom admit it, that when I am finished with my responsibilities here and head out on my own, my life will be better without him and the demands of his illness.

4 Responses to “Four Years and Two Months of Grief”