The Day My Father Died

Something profound happened the day my father died, something I’m not sure I understand. I was holding him because he was too weak to sit by himself, and he couldn’t breathe when he was lying back against the pillows. I told him it was okay to die, that his wife and son and God were waiting for him. He said he knew that, but he didn’t know how, then he added, “Help me die.” “Okay,” I said. I told him I would be fine, not to worry about me, and I could feel him relaxing into what seemed to be acceptance. I laid him back on the bed, gave him his full morphine and haloperidol doses, which I had been hesitant to give him, knowing the sort of disorientation they could cause. The doses were fairly minor, not at all the massive doses that would be prescribed later, but they calmed him. Shortly afterward, his blood pressure began falling, and he never moved again 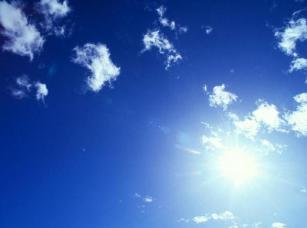 . Just slowly slipped away during the next twenty hours. (I never had to give him the high doses of morphine and haloperidol — he was too far gone by then and besides, he couldn’t swallow.)

He died when I went to take a nap, but it didn’t bother me that I wasn’t there. It seems that he had died when he was in my arms, and all that was left was a body running down like an old wind-up clock that had reached the end of its coil.

I’ve made no secret of the rocky relationship I’ve had with him. (For most of my life, I did keep that secret within the family. It seemed to be one of those unwritten rules we lived by, though none of us knew where those rules came from, what they were, or why they existed.) I came here to my father’s house after the death of my life mate/soul mate partly because my mate wanted me to — he needed to know I would be safe before he could leave his diseased body — and partly because I wanted to resolve the complications with my father. I knew I’d be starting over when my grief waned, and I didn’t want to be dragging old pain, bitterness, and conflict with me into a new life. My time with my father seemed to add to those conflicts, though for the most part we got along okay. (Largely because I left him alone so he could pray in peace.)

But now, there are no conflicts. It’s as if by helping him die (though I didn’t really do anything specific), by releasing him from his fatherhood, leaving only our two souls locked in some sort of compact with death, that I also released myself from my past.

The focus, control, and insistence on having his way that made being his daughter difficult also made him a man whole unto himself. And in the end, that is what he is/was. Not father, son, husband, grandfather but a man unencumbered, rushing to meet . . . whatever was waiting for him.

It seems almost mythic, his passing. Mythic for him, perhaps, but certainly for me, as if I’d been on some sort of hero’s journey, and in the end I’d accomplished my quest. I’m not sure I’ll ever understand all the permutations of what has happened during the past four and a half years here — my grief, my father’s aging, my dysfunctional brother’s presence, the terrible journey to take him back to Colorado, my father’s dying, and my being set free — but I don’t think it matters if I understand. I just need to process it during the next couple of months of peace, and then go on from here as a woman unencumbered, whole unto herself, rushing to meet whatever is waiting for her.

Like Loading...
Posted in being me, grief, life. Tags: being whole, conflicts with father, day my father died, day of death, death of a father, mythic journey. 5 Comments »

5 Responses to “The Day My Father Died”