The Medium is the Message. And the Massage.

***
It seems strange to have no time to think, no time to write. It’s not that I’m particularly busy, it’s just that I’m so seldom alone. I was afraid of settling into my same old routine of blogging, spending way too much time playing computer solitaire, watching old movies I have seen too many times before. And thinking, thinking, thinking.

But life has different plans for me. I’m staying with friends until my car is finished being prettified, and so I live on the edge of their life. I end up watching television programs I’ve heard about but never seen, such as People’s Court and programs I haven’t watched in years, such as the news. (I don’t suppose it will come as a shock if I tell you I almost never watch television.)

The thing that seems strangest to me about the television medium is how often newscasters and other folk mention social media. When did what folks are saying facebook and what they are twittering become news? To me, so called ‘social media’ isn’t really ‘media’, but then, considering my lack of television watching and radio listening, I don’t much consider the traditional forms of media ‘media’, either.

I suppose Marshall McLuhan would understand why social media has become a message for the media. He coined the phrase ‘The media is the message’ long before computers and the internet ever entered mainstream living.

I always liked the alternative saying: ‘The media is the massage.’ All media — social and otherwise — is a massage for us masses. (Apparently this variation of his saying is also attributed to McLuhan. When a book came out illustrating with weird typesetting McLuhan’s point — The Medium is the Message — the cover typesetter made the mistake of using ‘massage’ instead of ‘message’ and McLuhan insisted they keep the typo.)

The Wild phenomenon is an example of how the media and the message distort non-media life. The droves of new and inexperienced hikers on the trail is changing it forever. Already special regulations are in effect, requiring new permits that allow only fifty people a day to begin through hiking. From what I have read, the Appalachian Trail is already nearing capacity for through hikers, and this is even before a new movie based on the book A Walk in the Woods, about a through hiker, is released.

The message to me is do my own hike wherever and however long it might be. Meantime, I’m taking life a day at a time, and looking forward to whatever strangeness comes my way.

I hope this blog doesn’t sound as rambling to you as it does to me. I’m writing this on my phone, and apparently the media with which I write helps create my message, whatever that might be. 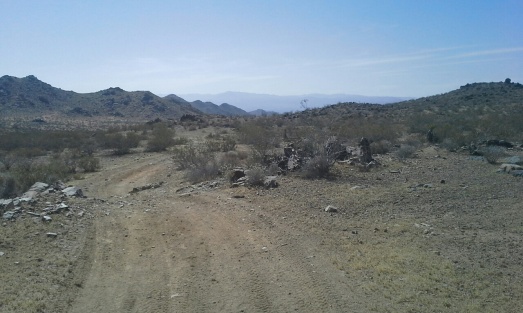 3 Responses to “The Medium is the Message. And the Massage.”