Proposal for a Book About Grief 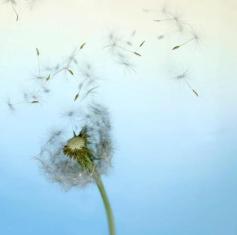 The time has come to talk of many things . . . well, one thing anyway. Grief. I need to get going on the proposal for a grief book about the second year and beyond, so I would appreciate any suggestions of topics that you think should be included.

Although I’ve never heard anyone but me and subsequently my blog readers talk about it, apparently there is another massive grief upsurge at the eighteen month mark, which probably should be mentioned.

Also, a few theories I came up with on my own, such as The Half-Life of Grief and Grief and Our Lizard Brain should be included because they are important insights into the grieving process and why it takes so long to come to an accommodation with grief.

During the course of the book, I need to assure people that they are not crazy, that it is normal to still be having upsurges of grief into the fourth year and well beyond when they have lost a fundamental part of their life, such as a spouse or a child. I think it’s important to somehow let the bereft know that it is not their family and friends’ responsibility to keep track of their grieving process. It is theirs alone.

Should I include a chapter geared toward those who haven’t experienced such a great loss to help them understand what their bereft friends and family are going through? Or would this be outside of the scope of this book? Even if the folks the chapter would be intended for didn’t read it, perhaps it would give the bereft one the confidence to speak up rather than wondering if in fact their family and friends are right about them?

Mostly, I want to tell people the truth about grief (my truth anyway), not try to comfort them or offer the typical platitudes such as “grief takes as long as it takes” (because really, when you think about it, that doesn’t say anything at all while giving people the idea that maybe they aren’t doing grief right if it is taking them so long). By the second year, the bereft know grieving is hard, and I think more than anything else, they want that hardship to be recognized and not disregarded as if it were something akin to a self-willed temper tantrum. (Well, more than anything else, what the bereft really want is their loved one back, but giving them this would be beyond the scope of my book.)

At the end of the book, there should be an explicit or implicit promise that yes, as hard as grief is, they can find a renewed interest in life.

Is there anything else you can think of? Anything you would like to see addressed? Any part of the grief process that seems to be overlooked by grief professionals? Anything that I’ve written over the years that should be emphasized?

Thank you for your help. And thank you, from the very depths of my being, for all the support you have given me (and my writing) over the years.

6 Responses to “Proposal for a Book About Grief”