Last night I again suffered a bout of fear over growing old alone. I haven’t had such feelings for a long time, partly because I have been living alone and am getting used to it, but mostly because I’ve been keeping my mind away from the inevitable decrepitude of old age, and away from thoughts of being that old lady whose house is falling down around her because she doesn’t have the funds to shore the thing up.

For now, the decrepitude is advancing very slowly, just a matter of knees that don’t bend as well as they did, not being able to walk as far as I once did, and not being able to easily climb up steep stairs without dragging myself along. But bodies do tend to break down, and one day . . .

Yeah, better not think of that day.

It’s odd, though, that the fear last night was of growing old alone rather than the fear of being broke because of all the extra expenses I didn’t expect when I bought this place, such as having to build a new garage. The old one might have lasted for years, maybe even the rest of my life (or the rest of my car’s life) but even though it seemed solid and well built, the shed-like garage had been built on shaky ground. (Probably above an old septic system, which, combined with a high-water table, made the area rather damp.)

The other things that I have had done to the house and property, such as putting in a new foundation for the enclosed porch and replacing the old porch floor, removing diseased trees, and putting up a fence, didn’t really change things that much. It just felt as if I were cleaning up the place.

But a garage is a whole other matter. Erecting a building from scratch seems so much like growing deep roots, as if I were no longer just playing house, but living here for real.

I realize I’ve been here for almost a year, setting down tender and tentative new roots, but building a garage seems like the beginning of a massive root system. Makes settling down — and settling down alone — even more real than it had been. (Besides, all the talk of security that came with planning the garage, such as lights and locks and security cameras, as well as having to be aware of the seedy characters that walk the alley, is enough to feed anyone’s fears of being old and alone.)

Luckily, I’ve made friends, and luckily, the contractor is aware of and considerate of my need to fix things now to make my old age easier, but fears aren’t logical. Or maybe they are logical, and I do have something to fear.

Today is a new day, and though the sun isn’t shining and the temperature rather cool, it’s bright enough to shed light on that old fear and make it scurry from sight. 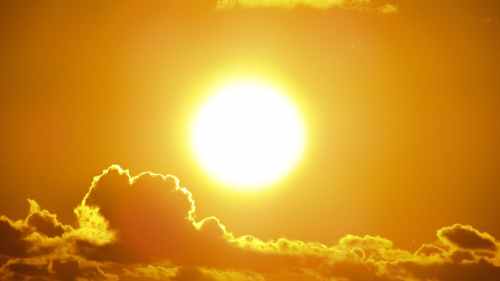