Yesterday was a gorgeous day, the warmest in months, and since it was also shortly before the super bowl kick-off, the local grocery store was packed. If I’d considered super bowl preparations (and why would I since the super bowl is just another day to me), I would, of course, have waited until everyone was ensconced in front of their televisions to venture forth, but then I would have missed out on the kick of a small-town experience.

I happened to see the mayor in the store, and we stopped to chat a moment. (Think about that. How often have you met your mayor at a grocery store, and he — or she — not only recognized you and knew your name, but stopped to chat with you? Ah, small town living!) He introduced me to his wife, and I blurted out, “She’s your wife?” He said, ”You seem surprised.” 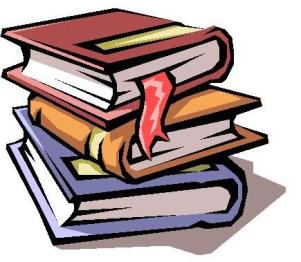 And I was. Not that she was his wife, but at the coincidence of having met her for the first time at the library a couple days previously. She’d looked at the titles of the stack of books I was checking out and said, “I’ve read all those.” That seemed astonishing to me, not that she read, but that her reading tastes were as eclectic as mine — everything from cozy mysteries to deadly thrillers, from women’s fiction to hard-hitting novels.

Then she added, “Except the Michael Crichton one.” It wasn’t really a Michael Crichton book that I was getting, just a sequel to The Andromeda Strain someone else had written. She mentioned that she didn’t read books like that, and I had to admit I didn’t like them either, but I needed another book to balance out my bookbag. (I use a BackTPack, which has side packs instead of a single back pack, which is supposed to be a better arrangement, orthopedically speaking. Being a well-known library book consumer, I am allowed to take more than the allotted five, which is great, because it’s hard to balance five of something.)

Then the woman (the mayor’s wife, if you’ve lost my train of thought) showed me the book she had just returned and said I would like it, so I went ahead and checked it out, too. But now my packs were unbalanced, so I had to repack to put two slim volumes on one side to balance the Crichton book on the other.

To be honest, I would have done better to leave the pseudo-Michael Crichton book at home. It was truly awful. If you subtract out the ridiculous Andromeda strain story, what you have left with is a mysterious man (though to whom he’d be mysterious, I don’t know; his identity was obvious almost from the first page) who meets a dedicated woman. Together they vanquish the villain and *Spoiler Alert* end up as parents to a foundling. Yep. Awful. Trite. Bad writing. Unnecessary embellishment. Meaningless action. Simplistic storyline.

Before I completely derail my original train of thought about the kick I get out of small town living, I better go back and finish the grocery story.

Anyway, there I was in the grocery store, talking to the mayor and his wife, and he mentioned he hadn’t known I was an author until he’d seen a post of mine on Facebook. (He also said he’d asked his wife, a great reader, if she’d ever heard of me, which she hadn’t — no big surprise there — but when he showed her my FB photo, she recognized me as the woman she’d met at the library.)

Since the topic of writing had came up, I told them about the mystery I wrote for the dinner this Sunday and urged them to come. It would be nice if they could put in an appearance (the more the better — for fund raising efforts, if nothing else), but if they are unable to attend, it does not in any way diminish the potent kick of this small-town experience.

What makes it all the more interesting, this small-town experience, is that I’ve lived in small towns most of my adult life, though apparently they were either too big for the experience to manifest itself (10,000) or too small (800). Apparently, this town is just the right size for me.

One Response to “Kicks and Kick-offs”