I haven’t admitted to being old, only to growing older. The way I figure, the “elderly” moniker comes next birthday when I reach that age when I can no longer fudge the demographics to convince myself I’m not old, that I’m just in late, late, late middle age.

But now I’m feeling incredibly old. And disheartened. And vulnerable. Admittedly, the vulnerability comes from a slowly-heeling bum knee that has nothing to do with anything that is going on in the world, but all the rhetoric about protecting the elderly (of whom, apparently, I am one, at least according to The Bob statistics) has put me firmly in the old age category, and not being able to easily get around offers additional proof.

Even worse than all that is the truth — I’ve lived through pandemics, large outbreaks of terrifying and highly infectious diseases, horrendous flu seasons, wide-scale disseminations of dubious vaccinations that came close to being mandated. Comparatively speaking, The Bob is just another over-exploited, would-be end of the world scenario that was conveniently forgotten when a more immediate (and more obvious) threat came into being.

I’ve lived through violent times, too. Protests, both political and racial; civil unrest; fathers fighting sons; riots; burning; looting; terrorist tactics perpetrated by US citizens on US citizens. I’ve also seen men with criminal records upheld as heroes because of cop brutality, as if being beaten up or killed suddenly erases their unsavory past. (Oddly, both men at the heart of two of the worst race riots were substance abusers who perpetrated crimes on women — one was a wife beater and abuser, the other a man who once held a knife to a pregnant woman’s belly while his friends ransacked and looted her house.)

It’s hard to remember that for many people, all of this — The Bob and the riots (and yes, a riot by any other name is still a riot) — is new.

A young man waited on me the other day when I went to the store, a new employee, who I hadn’t yet met. I didn’t know the etiquette of the situation —I wasn’t sure if I should reach out because of what was going on or simply ignore our skin color differences and pretend all was well in the world — so I did what I always do: err on the side of connection.

I asked if he was okay, and made a gesture indicating the world at large. He gave me a closed-off look and turned away from me. Then, apparently deciding to answer in kind, he looked at me and smiled and said, “Thank you for asking. I’m okay here in this bubble.” (And it does seem as if this area is a protective bubble.) Then, with tears in his eyes, he admitted that he was worried because even though he was safe, he had family in big cities. I offered words of sympathy, and he responded, “But everything will be better after this.”

That’s when I realized I really am old, not just in years, but in experience. Things might be better after this — I suppose it’s possible. But I’ve seen too much, been around too long, been pulled this way and that by too many power struggles of all kinds (including those in the volatile interracial neighborhood I grew up in) — to believe in easy answers and simple words.

One good thing about being old — I don’t have to pretend to have any answers. I can leave the world to the young, and maybe that’s as it should be. 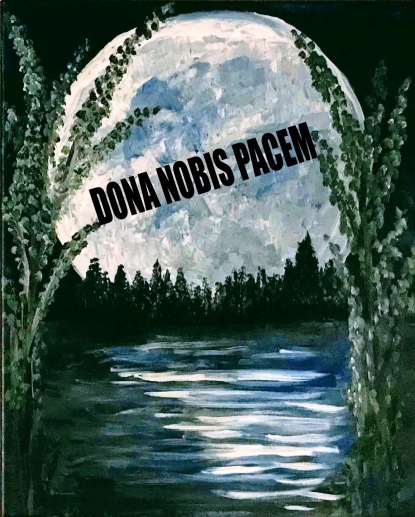