Big Excitement for the Day

I’m reading a book about a consortium that is about to release a virus that kills with acute respiratory distress. The victims gush blood and die. I was thinking about this book in relation to what is going on today, but it sounds a lot like my own novel, A Spark of Heavenly Fire, which was published the year before this one.

In my book, the disease is full-blown, and Colorado — where the disease originated — is quarantined to keep the pandemic in check. In the book I’m reading, there have only been a few test cases, and the consortium has yet to unleash the virus on the world. They’ve been working for the past ten years on a cure, and after releasing the virus into the general population, they are planning on holding the cure hostage until their demands are met. Or maybe they’ll just spring into action with a cure, which would then afford them millions in sales and stock. Either way, it’s a planned pandemic for money.

A couple things about the book interest me more than the possibility of that scenario being played out in the world today. One, the book is a Robert Ludlum book, which is why I started reading it. Not that I like his books. The truth is, I’ve never been able to get past the first chapter or two of any of his books, but I figured this was a good time to struggle through one of his books since I have nothing better to read. Only it’s not a Robert Ludlum book. Oh, it has his name on the cover, but it was written eight or nine years after his death. A true ghost writer!

The other thing that interests me is the hero took a transport from Andrews Air Force Base that landed in the Southern California Logistical Airport near Victorville before taking a helicopter to Ft. Irwin.

So many books, movies, television shows take place in Southern California or touch on the area in some way, and now, having lived there for so many years, I know what these places are. I remember watching a CSI show many years ago, and somehow the Las Vegas crew ended up in Victorville. I’d never heard of the town, hadn’t a clue where it was, and then, in a strange twist of fate, there I was. Well, not Victorville itself, but the Victor Valley area. 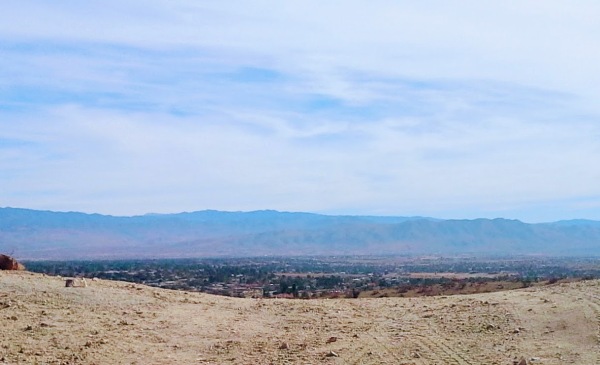 And several times I happened to drive the Air Expressway that took me past the turn-off to the Southern California Logistical Airport.

Not that it matters — I have read thousands upon thousands of novels where I couldn’t correctly place the story (and didn’t care) but still, it’s fun to know where places are. And for some reason, Victorville shows up a lot in stories — perhaps because of the nearness to the desert wilderness where bodies can disappear forever. But then, how to explain Bear Lake? That’s another place that often shows up in books. In fact, it was mentioned in the book I just finished, whatever that was. (Obviously, the story was utterly unmemorable. See why I was willing to take a chance on a Ludlum book?)

So, that’s the big excitement for the day — coming across “Southern California Logistical Airport” in a terrible book by a writer who is published under the name of a dead author I never liked.