There are so many things I just don’t want in my life any more, such as outraged celebrities and millionaire sports figures telling me how put-upon they are and how evil the rest of us are because we don’t see that we are privileged and they are not.

As much as I struggle learning to garden and take care of a yard, it’s so much . . . cleaner . . . than what’s out there in the rest of the world. No one has ever become so outraged they burned down a city because someone killed a plant. No plant association has ever intimidated people to join political organizations with public agendas that are actually different than the ones they privately espouse. (Well, that’s not exactly true. Although many supposedly earth friendly organizations don’t come after potential members with firepower, they do tend to blackmail folks, telling them if they don’t join, the world’s trees will all die, the bees will all die, and ultimately, we will all die. But at least they do this via mail rather than sticking a fist in our faces or burning down our neighborhoods.)

My property feels like a haven from the insanities of the world, and maybe someday it will even look that way. I’d ordered some live plants that came in today, hoping I will have better luck with them than I did with bulbs and such. These plants are vines that will, ideally, twine up my as yet unfinished gazebo. Unlike with bare root plants, I don’t have to scurry to plant these poor wilted things. It’s okay to leave them in the shade for a few days to let them get acclimated to the area and to recover from their traumatic trip. (The box they came in was smashed up, so much so that I’m surprised it got here at all.)

I have the plants sitting next to my seedling forest for the next few days, hoping all the plants will enjoy one another’s company. (A couple of the Kentucky coffeetree seedlings are having second thoughts about the move and seem to want to fade away.) 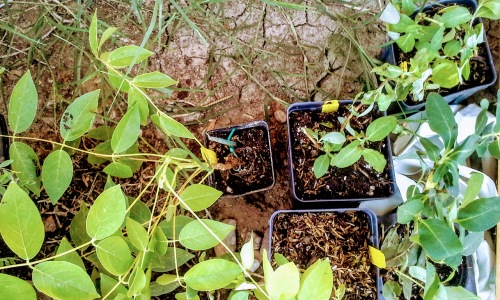 My luck with live plants is so-so. Some die, like almost all those I bought last year. Some live, but don’t grow. (Although they were bare root plants rather than in pots, four of the five lilacs I planted are alive but haven’t grown even a fraction of an inch all summer.) Some do well, such as the hen and chick succulents I ordered a couple of months ago. 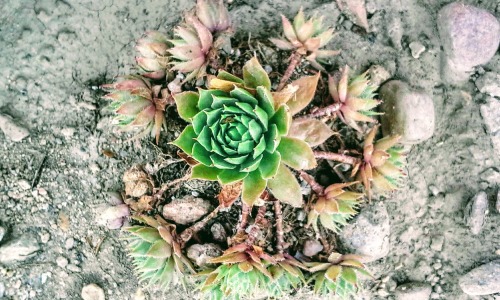 (Oddly, the free one they sent in case one of those I paid for didn’t do well, is thriving. The others are doing okay so far.) 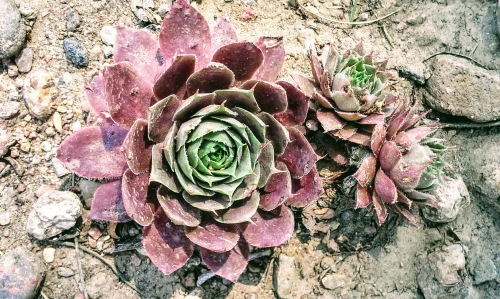 I still haven’t ordered any Greengage plum trees, but there’s no hurry since they wouldn’t be sent for another few months. (The house where Jeff and I lived had a grove of Greengages, and oh, they were the absolutely best-tasting fruit ever, the sort of things the gods would save for themselves.) 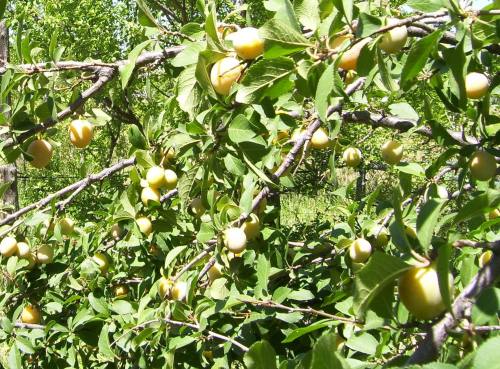 I’m never sure how many of any plant to order. If I order two trees, and one doesn’t grow, then I’m out of luck for another year. If I get three and all three grow, then I would have to remove one, which wouldn’t please me at all. (I should be so lucky to have that problem!)

Problems such as these seem so innocent, considering what is going on in other parts of the country. Although I might not be able to fix gardening problems, at least I can understand them, which is more than I can say for the problems that light up the news. Though even those are understandable to a certain extent. People seem to be addicted to outrage, and the more outrage there is, the more outrage there will be since outrage seems to feed upon itself.