Thinking of Many Things

I went to the doctor today to have him look at my arm. It wasn’t exactly good news but wasn’t really that bad either. He keeps saying it’ll take up to two years for me to become normal again, even though his “normal” includes some immobility. But then, who knows? No one, if the truth be known. His statements are merely guesses based on experiences with other folks, some of whom would be more dedicated than I and others who would be less dedicated.

I still have the fixator attached to my arm, which is one of those could be good could be bad things. It’s uncomfortable, but apparently the longer the fixator is on the better off I will be. The device is separating the hand bones from the wrist bones. Apparently the fall pushed the hand bones way down into the wrist, and they need to be held in their proper place as long as possible.

There is some good news, or at least news of progress. New bone is being formed where once were only sharp edges. And I have healed enough so I no longer need to wear a splint at night, and I only need to use a sling during the day if I’m around people. I can also start exercising my elbow a little bit more.

I don’t suppose it really matters whether the news is a little bit good or a little bit bad — it is still going to take a very long time before I am healed.

On a more positive note, I have enough toys to keep me busy for now so that I’m not falling back into grief mode. The Dragon speech recognition software, of course, is wonderful, and I have been enjoying splashing watercolors onto paper. Oddly, if two paintings could be considered a representative sample, I paint hope, which gives me hope for the future. (Is that redundant? Isn’t hope always for the future? As far as I know, there can be no hope for the past or even the present because the present is a done deal.) The picture that accompanies this post is my latest creative play endeavor.

I’m sure it will come as no surprise to you to know that I think of many things while I sit here in my solitary room staring out the window.

One thing that mystifies me is how few people checked up on me off-line. Maybe they didn’t realize how needy I’ve been, or maybe we weren’t as good friends as I thought we were. I suppose I could’ve called them, but since I had nothing good to say, I didn’t want to run anybody’s holiday. But it is night now, and such thoughts are better left for the bright of day.

One thing that amuses me about this experience is how blasé I have been about letting a stranger help bathe me. I stand in the shower naked while she washes my hair, and we chat of normal things as if we’re sitting down to tea. It is kind of surprising, since she is a healthcare worker, but she said she could not be as comfortable if our positions were reversed.

And one thing that frustrates the heck out of me is how difficult it is to get drugs from a drugstore even with a prescription. The pharmacists don’t seem to understand how hard it is for some people to get to the store, and yet they will not release painkillers a day before the prescription was supposed to have been used up. Nor do they want to release the painkillers even after the prescription has been used up. My last prescription was for 15 days. I eked almost 30 days out of it, and they still did not want to fill the new prescription. I will be glad when I can get off pain medications, but to stay off I will have to find new ways of dealing with pain. Apparently the chronic pain is going to come from the side of the arm that was not broken — the ulna was displaced and that is what will be causing most of the problem. But I will figure out something because I cannot deal with pharmacists the rest of my life.

Once again it’s been great talking to you. I hope the things you think about are more thrilling than those I think about. 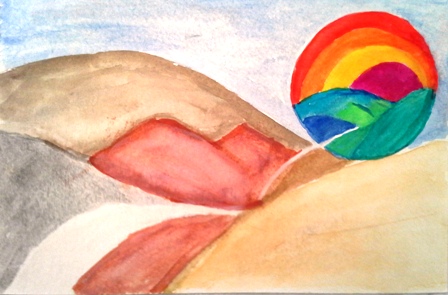