The Nature of Dilemma 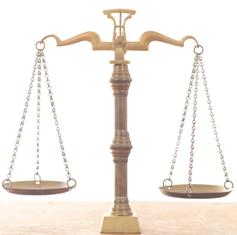 I walked out of dance class yesterday. I can’t even remember the last time I walked out of anything in anger. Now that I think about it, though, I wasn’t really angry. Just fed up.

I’ve mentioned before that I have problems with one of the women — a total narcissist. I get tired of the almost constant sound of her voice and the way she makes everything about her, but more than that, I get tired of how she treats me.

And yesterday I’d had enough.

It’s my own fault, really. Sometimes we as writers have the power to make things happen. When I was writing A Spark of Heavenly Fire, I always saw a silver Toyota Tacoma in the grocery store parking lot. I used the vehicle for the book, and oddly, after the truck was stolen in the story, I never saw that Tacoma again. Made me wonder if somehow I managed to get it stolen in real life.

Then, when I was writing Madame ZeeZee’s Nightmare, I didn’t want to use her real car — a PT Cruiser — since it could identify her, so I changed her vehicle to a Kia. A couple of days after I gave her the pseudonymous car, she drove to the studio in her new Kia.

Such things are common occurrences for me, but never before have I conjured up a person.

Those of you who read Madame ZeeZee’s Nightmare are familiar with a character named Deb. This character started out being based on the idiosyncrasies of a couple of women in class, but I skewed the character far from those women to fit the needs of the story. This skewed character seemed to see herself in competition with the narrator (whose name, coincidentally, is Pat), and this competition, one way though it might have been, fueled the story.

When I was able to return to class after my various surgeries, lo and behold, there was Deb. Her name and physical description are not the same as my fictional Deb, but the rest of it is pretty darn close, perceived competition and all.

Did I conjure her? I doubt it, but still, whether her emergence is my fault or not, this woman is in my life, or rather, in my life as long as I continue to take dance classes. It’s only two months until my trip, which will give me a break from all that has been bedeviling me, so I’ve been trying to ignore the woman, stay as far away from her as possible, and to hold my tongue to keep the peace, but yesterday I simply did not want to have to deal with her anymore.

As I was going out the door after the incident that fueled my need to leave, she continued with her unwanted comments. I just wish narcissists would understand that not everything is about them, that other people have their own lives and needs separate from theirs. But then, if they understood that, they wouldn’t be narcissists.

Unfortunately, it’s too late to rewrite the story to make Deb nicer and less of a narcissist, and it’s too late to make her vanish since her fate was already written. (And anyway, when I write things on purpose hoping they will happen, they never do.)

So I have the dilemma of getting her out of my life and missing out on the good parts of dance class or keeping the status quo.

Not a fun dilemma. But isn’t that the very nature of dilemma? If the choice were easy, it wouldn’t be a dilemma.

For now, I’ll continue going to class. Maybe something will happen to tip the scale one way or another.