An Inside Look at a Small Town

Last night I attended a strategy session of the city council. I had no idea that’s what I was doing — the way it was originally explained to me, it seemed a one-time meeting to offer suggestions to improve conditions for senior citizens. Instead, it’s a seven-session focus group to address the needs of the community as a whole.

We discussed various matters, such as what we’d like the town to be, how it is now, how it is perceived by others, what change is under the control of the council and what is not.

Some things that need to be done, such as fixing the sidewalks and the storm drainage problem, are important, but won’t do much for how the town is perceived, though it sure would make it easier to walk! (Those of us who get around on foot generally walk in the streets.)

Most of what needs to be done, as far as I can see, is not under the control of the town. The loose dog situation is the county sheriff’s problem. Other situations are an individual’s problem. So many of the properties are abandoned, not just houses, but strips of what once were small businesses, though these places are probably not actually abandoned but still owned by someone who is simply not doing anything with them. Also, fewer than half the houses here are owner occupied, which makes for a tenuous situation at best, and there is no way to legislate away that ratio.

The council also wants to find a way to keep young adults here, and again, I don’t think it’s possible. The nearby towns that have brought in jobs are those that in the end destroy quality of life — one town brought in a feed lot, which, at certain times of the year, makes the air unbreathable. Same with the towns that brought in marijuana farms. Again, at certain times of the year, the air would be unbreathable. A neighbor a couple houses away has several marijuana plants, and in the summer, the smell of skunk is very strong. I can’t imagine an entire farm of that!

Other agriculture solutions are not feasible since so many rural folks sold their water rights. (That sure stunned me. Didn’t they ever watch westerns, where water rights are worth more than gold? But then, with agriculture collapsing in this area, I suppose they needed the cash in hand.)

Good paying jobs, such as those in the computer industry won’t be coming here, so ambitious young people would want to go out in the world and create a better life for themselves. The best the town can hope for is to make it a place where they want to come home to after they’ve seen and experienced more of life.

I did find it interesting that the youth and the older folk are looking at the situation from two different directions — so many of them are planning to leave, so many of us are here to stay.

A friend once said she thought the town should be advertising itself to seniors — because of the prevalence of small houses and their relatively low price as well as a moderate climate, the place is ideally suited for older people. (I mentioned this idea, but the council doesn’t want to focus on a single demographic.) I tend to think that over the years, this trend toward an older population is going to happen anyway because of the need for cheaper and smaller housing for retirees, though the lack of local doctors and urgent care could be a problem. There are doctors and a hospital about twenty-five miles away, but people who need specialists have to make the long trip to the cities along the front range — such as Pueblo, Colorado Springs, Denver.

No one seemed to care about my idea of an adult jungle gym since they didn’t think it had anything to do with changing how the town is perceived, though I think it does — it shows a progressive bent.

Even though this group isn’t what I thought it was, and even though I don’t really have anything to contribute (I can see the problems but not solutions), I might continue with these sessions. (As long as I can get a ride, that is — I’ve been told that it’s not safe to walk at night here, not even the few blocks to the town hall.) It gives me a different perspective of the town, and the councilwoman for whom I acted as a senior advisor last night wants me to come back. I know this woman from a painting class we took, and I like her, so I might continue for that alone.

Besides, the mayor asked me. Well, obliquely. He said, “Most of you are here because I asked you to come and be advisors, and those I haven’t already asked, I’m asking you now.”

So, there you have it, an inside look at the workings of a small town. 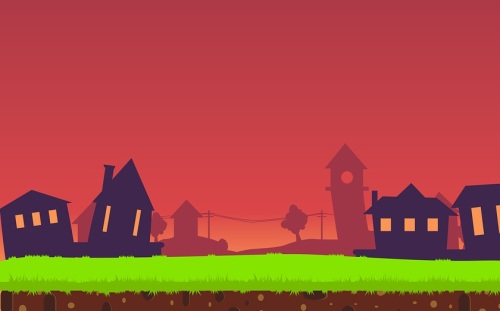