His diagnostic checks took longer than he expected, so he apologized and asked if he was keeping me from going anywhere. I had to laugh at that. “I’m still in lockdown,” I said. I reminded him that although the state is loosening some of its restrictions, people over sixty are still supposed to be staying at home at all times except for essential errands. Then I mentioned how isolating being isolated was when you lived alone.

That seemed to startle him, and he said, “I never thought of that.” Then he added in a reflective tone of voice, “Isolation is how we punish the prisoners.”

We went on to talk about how this crisis has affected us, and he admitted it hasn’t affected him all that much. He still goes to work, still returns to his loving family in the evening. And me? Just about the only times I see anyone are the rare occasions someone comes to work here or the rarer occasions when I happen to encounter my next door neighbor.

We went on to talk about how strongly people hold to their opinions, and how they try to intimidate others to accept that opinion, if only by ridicule or scathing remarks. I mentioned that no one ever changed anyone’s mind, and it is true. Heated argument doesn’t change anyone’s mind, but sometimes . . . just sometimes . . . a rational discussion can help the other person see a different point of view.

Obviously, the handyman’s learning that for some people ‘isolation” is not just a word in an official order but a punishing lifestyle won’t change anything except his awareness, but it reminded me how necessary it is to continue writing, to continue telling my point of view. That it is my point of view is just that — my point of view. But it is also what makes the telling so important — no one else thinks exactly as I do or sees the world as I do because they are not me.

And being me, even in isolation, is what I am supposed to be doing. 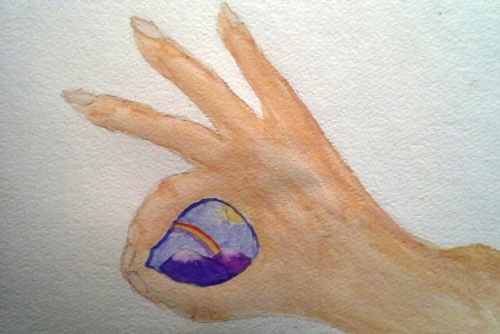 The ornamental pear trees are in full bloom; consequently, so are my allergies. And oh, this is so not the time to have to deal with allergies. Even though there is zero chance that I have The Bob, I have to be especially careful to stay away from people because they don’t know my dry cough and difficulty breathing are from stuffed sinuses and not a virus.

Even worse from my standpoint is that the Colorado governor has asked everyone to wear masks, and anything covering my nose and mouth makes it even that much more difficult to breathe. Yep — so not the time to have to deal with allergies! If it becomes mandatory to wear a mask, I’ll use it f 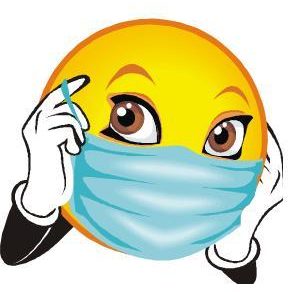 or the few minutes I’m inside a store or around people, but other than that, it’s not feasible.

A list of what one can and cannot do during this time is circulating around the internet, and it says you’re not supposed to let anyone in your house — not parents, grandparents, children, grandchildren, best friends. No one. And yet, that’s patently absurd. My toilet quit working, and since I can’t fix it myself, I had to have someone come into my house, which was a good thing. It turned out that the wax ring wasn’t the problem as we had surmised; instead, the whole flange was corroded, so much so that it was difficult for the bolts to be removed. It was also a job for two people. Certainly not a job for one woman who hadn’t a clue what she was doing.

Since these same two fellows were the very last people I’d seen, it didn’t worry me. If they had infected me, then I would be merely returning the favor.

But, as I said, there is zero chance of my having The Bob. Unless the conspiracy theorists are correct that the virus isn’t a virus but the body’s reaction to the new 5G network, there is no way for me to get it. No one in the county has it, and I haven’t been to any counties that do. And even if people here had it, I am hermitting, and haven’t seen anyone. Except for the people who fixed my toilet, of course.

I see photos of empty streets because of people being in lockdown, but that isn’t true here. Since people are allowed out to exercise, I frequently see small groups of people out walking their dogs or simply just walking. In fact, I see more people now out walking than I did before all this started. So, while other people are hoping this is all over soon so that they can be less alone, I am hoping it’s over soon so I can be more alone!

Still, whether people want to be around folks again or to see less of them, we’re all getting a little antsy. In my case, it’s still the knee more than anything else. I’m healed enough to walk now; I just can’t walk very far yet. But that will come.

Meantime, I have allergies to deal with.

There’s always something, isn’t there? I hope your “somethings” is as minor as mine are.