Being is Reason Enough for Living

I saw the 1993 movie Indian Summer the other day, and one scene still haunts me. Alan Arkin takes Diane Lane, whose husband has been dead a year, to see a house on the lake. He tells her the owner died fifteen years previously and, abiding by the old guy’s wishes, he dropped the guy’s body in the center of the lake. The guy’s wife continued to live in the house, and fifteen years later, when she died, Arkin “buried” her next to her husband. Arkin say he should simply have dropped the wife in the lake when the husband died as a not very subtle way of telling Lane to get on with her life.

Oddly, the reinforcement of the idea that after a year we bereft are supposed to set aside our grief and get on with our life (get a guy, in other words) didn’t bother me as much as the implication that the old woman wasted her life by living at the lake alone.

Is living alone a waste? Not everyone gets to be with someone, and even those who do get to be with someone for a while don’t always get to live out their life with that person. So does that mean their lives are a waste? Not everyone is gifted with friends or has the gift of making friends. Does that mean the lives of the friendless are a waste? We’re told repeatedly in songs, movies, stories, poems, greeting cards, that love makes the world go round. But if love doesn’t come to you, does that mean you should just get off the world and let it go round without you?

If living alone is a waste, does that mean every minute you’re not with someone, anyone, you’re wasting your life? Of course not. So what is the break off point? It’s okay to be alone for a day or two? A week? A year? Is it better to be with someone you hate just so that you’re not alone? I don’t believe that, and I hope you don’t either.

Maybe Arkin’s character thought that being isolated made the old woman’s life a waste. As long as her husband was alive, apparently living by the lake was okay, but when he died, what was she supposed to do — give up her cherished home, the clean air, closeness to nature for a dubious life in the city? And if she did move, what would keep her from being even more isolated? Some of the loneliest people are those who live in the midst of others.

Or maybe Arkin’s character assumed the woman was unhappy, though sadness isn’t a reason to think her life was worthless. Happiness itself doesn’t make life worthwhile — it only feels that way.

I don’t suppose this scene would have bothered me so much if I weren’t struggling with these questions in my own life. There is a good chance I will live out the rest of my life alone. That doesn’t mean — can’t mean — my life has no worth. It would be a pathetic state of affairs if being with someone is the only thing that makes life worthwhile.

Being is reason enough for living (which Alan Arkin’s character, the supposedly wise old Unca Lou should have known). Even if we are blessed with love and friendship, the truth still remains: our only obligation to life is to live the best we can for as long as we can — to simply “be.”

Pat Bertram is the author of the conspiracy novels Light Bringer, More Deaths Than One, A Spark of Heavenly Fire, and Daughter Am I. Bertram is also the author of Grief: The Great Yearning, “an exquisite book, wrenching to read, and at the same time full of profound truths.”

Grief and the Double Standard of Love 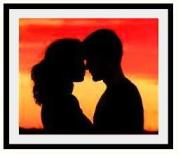 It seems as if our whole culture revolves around and reveres couplehood. Most songs, novels, movies, are either about people looking for someone, finding someone, losing someone, or getting a second chance at love. A large percentage of non-fiction books are written to help people find a mate or help them stay mated. Hundreds of websites are devoted to matching people with their true love or a reasonable facsimile. Many holidays are geared toward love — Valentine’s Day, anniversaries, kissing your love at midnight on New Year’s day.

Clichés about love abound, mostly because they are true (or feel true). When you meet the right person, your life suddenly make sense. Whatever has been missing now is found. Love fulfills you. Love makes the world go round. All you need is him/her. Love is all that matters. Two hearts beating as one. Soul mates. Everlasting love.

It’s so inbred in us, this need for true love, that few people question it. In movies (and maybe even life) when someone has an affair and ends their marriage to be with the new love, all they ever feel the need to say is, “I fell in love,” and that explains everything.

This double standard is hard to deal with. Not only do we bereft have to contend with the effects of suddenly being deprived of love, companionship, fulfillment, not only do we have to contend with being alone in a coupled world, we have to deal with our culture’s belief that love is all important. Other people can continue to have the benefits of a living love, but somehow we bereft are supposed to be able to make do with memories.

My life mate/soul mate and I didn’t have an easy life, in large part because of his illness and other setbacks beyond our control, but like most couples, we hoped for a payoff sometime in our golden years, and his death killed our hopes.

I’m finally to the point where seeing couples doesn’t bother me, but for many months, just the sight of two people, middle-aged or older, holding hands brought me to tears. I realize some people never find anyone to love, but others have been married for forty, fifty, even sixty years. I try not to compare, try to accept my situation, but the truth is he was my home, and now I am homeless. When I was with him, I had a sense of belonging, but now I belong nowhere, especially not in this coupled world.