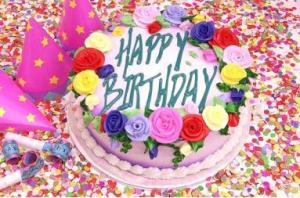 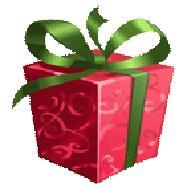 up for the Internet, and it was love at first byte. The entire world opened up to me, and I was reborn. I’d already written four books, but until I went online, I hadn’t started creating the author of those books. Who should I be? What name should I use? I considered using a male pseudonym, Cole Black, perhaps, since men with hard C’s and K’s do well in the public arena. Anyone heard of Steven King? Dean Koontz? Tom Clancy? Kevin Costner? Clint Eastwood?

In the end I decided to stick with a version of my own name, one that I didn’t use in my offline life. It’s a good name for an author with enough hard consonants to sound authoritative. And it has the whole androgynous “It’s Pat” thing going for it; I can be whoever I want. Besides, p’s and b’s and t’s and r’s didn’t hurt Brad Pitt any.

I signed up for my domain, set up a website at patbertram.com, then fished around for another way to create myself, and discovered blogging. I didn’t even know what a blog was, didn’t think it was something I would ever be able to do (my diaries as a kid

never lasted more than a day or two), but I’d discovered that an author needed a blog. Since I was intent on creating myself as an author, I signed up for WordPress, and oh! What a joy! I could write whatever I wanted, say what I wanted, be what I wanted, and people would read what I wrote. Okay, only a couple of people read Bertram’s Blog at the beginning, but I am still friends with one of them. How cool is that? I’m too embarrassed to admit how many blogs I now have — some of which I keep up with on a regular basis, so 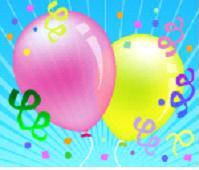 me I don’t — but blogging remains one of my favorite online activities.

From blogging, I went to Gather.com to enter a crime writing contest, and through a series of incredibly serendipitous encounters, I found a publisher. And more friends. After that, of course, I had to start promoting, so I started social networking. I’d heard from so many authors how much they hated promoting, but me? I think it’s great fun. It’s all about making friends, and what’s more fun than that?

So, friends, please join me in celebrating this very special birthday. You don’t even have to bring me a present. I have presents for you! Click on either package to open.  I hope you have fun.

I know I will.