My sister is here helping take care of my 97-year-old father who seems to be declining. (I say “seems to be” because so far, every time I thought the end was nearing, he managed to find his way back to life.) A bit of a mystic, she claims benevolent spirits are gathering, though they aren’t telling her what they are doing or hope to accomplish.

It’s entirely possible that benevolent energy is in the air. Normally I spend quiet weekends running errands, walking, doing housework, but this weekend, I’ve been invited to four different social events. I feel like the belle of the ball, especially since my sister agreed — Cinderella-like — to look after our father while I am out gallivanting. 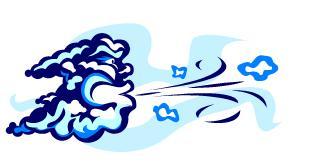 The forces of entropy also seem to be gathering. A window broke. That my brother has been banging on it for most of a year seems to escape him, and he can’t understand why it disintegrated. “I don’t know how that happened,” he told me. “I’ve been banging on it for a year, and it never broke before.” Decorative masonry is falling off the entryway supports. The two air conditioners broke down, each with a different problem. And now the hot water is gone.

I’m doing what I can to make the benevolent spirits feel welcome and at the same time staving off the destructive powers that are swirling around, though to be honest, I don’t really believe anything out of the ordinary is happening. I’ve made good friends, and the outings we have planned simply landed on the same weekend, and things do break down. (So do people break down, though I am holding up well considering how little sleep I got last night.)

I am worried about the immediate future, though. My father asked the urologist to take out the catheter, and now he gets up frequently to go to the bathroom. He is very frail, and we are afraid of his falling, but we can’t be with him every minute. Besides, if we were to get up every time he did, we would be worn out after just a couple of nights and would be no good to anyone. (Dealing with an aging parent, especially the authoritarian sort, is always difficult because to them, we are eternally the minions, and not very bright ones at that.)

Perhaps those benevolent spirits are here to give us all strength. Perhaps the forces of entropy will win in the end as they always do, and we will wind down like those old-fashioned mechanical toys. Or maybe I’m simply feeling the effects of sleeplessness.

Only the coming days will tell.