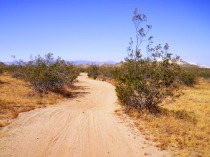 Grief has been leaving me alone lately, probably because I’ve been keeping myself busy with other matters, but Friday night grief came calling. Sorrow has been with me on and off now for two days, perhaps in recognition of my upcoming three-year anniversary. I didn’t think there would be a problem with this anniversary (which is a bit naïve of me considering that I didn’t think there would be a problem with any of the agonizing stops along this grief journey). I’ve been feeling as if the death of my life mate/soul mate happened long ago, so long that he’s been fading in memory. Yet on Friday night, the memory of his last days was so fresh and new, it was as if we’d only recently parted. I could almost feel his arms around me as we said our final good-byes. Could almost see his smile, could almost hear his voice.

And suddenly, just like that, the yearning to be with him one more time overwhelmed me, and the reality lay heavy on my soul. He’s dead? Really? How is that possible?

I know how it’s possible. He got sick, was sick for years, and finally, the inoperable kidney cancer spread, hijacking his body for its own use. But dead? Part of me doesn’t get it. Part of me (just a vestigial part now) thinks I’ll be going home to him when I am free of my current responsibilities, and the truth — that he is gone forever — is again too much to bear.

I do know enough about grief to understand that this upsurge in sorrow will pass, but there will be other days — at ever-increasing intervals — when grief will again come calling. We get so in the habit of life, of dealing with our small everyday concerns, that our grief gets pushed out of sight, but we never completely get over our sadness. How can we? The person who meant more to us than any other is gone, taking part of us with him.

If that weren’t hard enough to deal with, we can never completely forget that we were helpless to keep him here even one more day, which makes life and death seem an arbitrary business. Perhaps if we knew life’s algorithms, we could see how everything fits together, but without such omniscience, we are left with only questions. Where is he? Is he happy? Is he?

Sometimes what keeps me focused on living is the thought of what he would say if we were to meet again. He’d be disappointed in me if I told him that all I did was mourn for him. I can see almost hear him say, “I died to set you free and you did nothing but cry?” Yeah, well, he no longer has a say in what I do. It’s my life and I’ll cry if I want to.

It’s not so much that I want to cry, but sometimes tears are the only way to relieve the incredible stress of grief. I had no idea stress would still come into play at almost three years, but grief, even aging grief, takes a lot out of us. Despite the upsurge in grief and the accompanying feelings of futility, I am making plans, looking forward, trying to find something to live for.

But dammit! I miss him.

Posted in culture, grief, life. Tags: death of a spouse, futility of life, grief and loss, grief and stress, grief and yearning, third anniversary of grief, upsurge in grief. 11 Comments »

The First Terrible Anniversaries of Grief 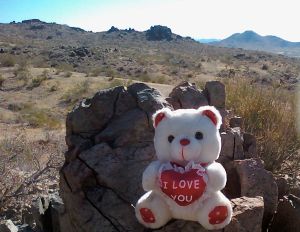 The first anniversaries, holidays, and special days after a loved one’s death are difficult because we are so intensely aware that the person is no longer here to share in the joyous occasions. This is especially true if that person is a spouse, a life mate, a soul mate. Whatever traditions we developed together become obsolete when only one of us remains to carry on. The pain, the yearning to be together once more can be devastating on these days.

If those first anniversaries do not mark joyous occasions and celebrations but days of horror, the pain is oh, so much worse.

This has been a particularly difficult month for many who lost their mates because Valentine’s Day is shoved down our throats. Wherever we go, we see images of happy couples. We remember we once were loved, once were part of a couple, and now we are not. Oddly enough, my upsurge in grief this month has nothing to do with Valentine’s Day. We were not a romantic couple, did not see the point of following the crowd and celebrating a day just because someone once decided we should. We ignored the day, hence it has no baggage to bring me pain. In fact, today was a good day for me — I had lunch with a couple of friends from my grief group. We have graduated from the need for the group but still need the companionship of those who have experienced the same losses, so today we initiated our own little social group. There was no maudlin talk, just the normal pleasantries of friends sharing a meal.

Still, this has been a dreadful month for me, a month of painful anniversaries. A year ago last week, my life mate — my soul mate — bent down to pick up something off the floor and pain hit him so severely, it sent him to bed for the rest of his life. A year ago next week we got the diagnosis. At the beginning of March, when he saw a doctor for the last time, the oncologist told him he had three to six months to live. Two days after that, we signed up for hospice. Three weeks later, he died.

I hadn’t thought of these days as anniversaries, so I did not steal myself for the onrush of grief. But grief has a schedule all its own, and it came for me. Again. How can his descent into these final stages of dying have begun a year ago? Those days seem so close that if my arms were long enough, I could reach behind me and touch him. Hug him. Keep him safe.

Today, thinking about his last weeks of unendurable pain, I feel self-indulgent for all my yearning to have him back. How could I ever subject him to that again? And yet, like a child, I weep for what I cannot have. I wonder what, in my youth or childhood, I did that was so terrible to deserve such punishment. I listen for the phone, hoping he’ll call me and tell me he forgives me and I can come home.

Grief is irrational. It stems from a part of us that has no logic. I know I did nothing to send him away. I know he is never going to call me again. I know I am not being punished for some long ago transgression.

And yet the grief keeps pounding at me during this time of terrible anniversaries.