The tarot deck I am using this month is called “Tarot Classic,” and is based on medieval woodcuts. As with most decks, the given meanings of the cards are brief because tarot readers are supposed to assign their own interpretation to the cards based upon their impulses, subconscious, and conscious association of ideas with the symbols. I suppose some people can do that, but I am stuck with traditional interpretations because I look at the cards and feel . . . nothing, really. Luckily, I have a notebook full of various interpretations, so I can get a general idea of what each card is supposed to signify.

Today starts my second year of doing a daily tarot reading. Up until now, I’ve just picked one card per day, but it’s time to expand my studies, so today I picked two cards. Wow! So daring! I’m being silly, but I suppose in a way it is daring. It was hard enough to relate one card to my daily life, I can’t image what I will do with two. Still, it’s a way of using the dozens of tarot decks that were handed down to me from my now deceased brother.

Most layouts seem to be done with five or more cards, but even with two cards, there are myriad ways of reading. For example, the first card can demonstrate a strength, the second a weakness. Or perhaps the first can represent an emotion, the second a thought. Other possible readings:

A two-card layout can be about almost anything. So can a one-card, really, but I stuck with “What do I need to know today?” I decided to stick with the same question as well as adding an addendum for the second card, “What do I need to let go today?”

The first card was the Empress, the second the four of swords. (I got a kick out of the four ones for the Roman numeral four rather than the usual IV.)

The Empress is about beauty, creativity, entering a period of growth, feeling rather than thinking, being grateful for the bounty that surrounds you. The four of swords is about rest, replenishment, letting go of anxiety, taking time out to restore your energy.

I suppose those two cards fit — if what I need to know today is that I’m going to be entering a time of growth, then for sure I need to let go of any anxieties that might be keeping me back.

Even if that’s not what the cards mean, apparently the tarot means whatever anyone wants it to mean, so that’s what those cards mean to me today.

What if God decided S/He didn’t like how the world turned out, and turned it over to a development company from the planet Xerxes for re-creation? Would you survive? Could you survive?

A fun book for not-so-fun times.

Click here to buy Bob, The Right Hand of God.

What Do I Need to Know Today?

To learn the tarot and to get familiar with the various decks I inherited from my brother, I’ve been picking a card every day, and then researching the meaning. To get the best use of such an undertaking, a person needs to ask a question, though it isn’t necessary. My question — when I remember to ask it — is always, “What do I need to know today?” I find when I don’t ask the question, the card reflects my worries more than anything else. When I do ask . . . well, sometimes I get advice and sometimes not, but it’s hard to figure out from a card what I need to know especially if I don’t know what I need to know because the cards can only tell me what I already know since I am the one interpreting them.

Still, the advice I glean is sometimes spot on, sometimes too general to be useful, and is often something I already I know about me or my life. (I haven’t yet figured out how to discover that which I don’t know about my secret inner workings, even though learning such things is supposedly the best use of the tarot.)

The one suggestion that comes up over and over again in my daily one-card reading is to trust my intuition, trust my intellect, and to stay true to myself. I can’t help but equate this advice to certain current events since my intuition — and intellect — are both at odds with what most other people think, so I tend to doubt myself.

Despite the lack of true knowledge from the tarot about what I need to know each day, it’s still an interesting exercise. Maybe it will open my mind up to this intuition I am supposed to trust. If not, at least the question helps me focus on the day and what I might glean from it.

Forgetting the cards and what they might tell me, I’m curious as to what you might tell me — me specifically, or me as a member of the human race — what I need to know today.

So, what do I need to know today?

What do you need to know?

My latest novel Bob, The Right Hand of God is now published!

What if God decided to re-create the world and turn it into a galactic theme park for galactic tourists? What then? 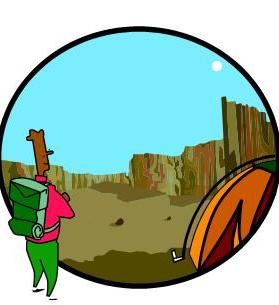 I’m still playing around with the tarot decks I inherited from my brother, which seems an appropriate way of counting down the days to the second anniversary of his death. I haven’t been learning anything about him from the cards, though it still interests me that he collected them — not just one deck (which would indicative of curiosity), but so many of them. There are about four dozen different decks, another dozen or so duplicates, plus the triplicates I sent to a sister who also found the fact of the collection fascinating.

I have learned some things about the tarot itself, though. The most obvious lesson is that there’s no consensus on what the individual cards mean since the creators of each deck put their own slant on the cards to match their vision and their artwork. The instructions on how to learn the tarot invariably say to study the picture on the card, to figure out what the card means to you, but if every “sun” card, for example, is different from every other sun card, if the artists have added their own embellishments, then the images become simply pretty pictures to illustrate the simple idea of “sun.”

There’s no consensus on what the various suits of the minor arcana are, either. Normally, they are wands, swords, cups and coins or pentacles, but in the Robot Tarot, the suits are laser, light, void, and scarab; and in the Servants of the Light Tarot, the suits are weapons, spheres, crescents, staves. Even more confusing, there’s no consensus on what constitutes a tarot. Most decks are composed of 78 cards, but some tarot decks comprise only the 22 cards of the major arcana. Or less. Or more. The Deva Tarot has five suits instead of the normal four (the fifth is a suit called Triax and is supposed to represent the ether or the spirit). If the Deva Tarot is a deck that’s beyond the realm of a tarot, does it become a tarot if you remove the additional cards?

In other words, the tarot seems a rather arbitrary tool depending on what deck you use, what system of meaning you apply, what you read into the cards, and your own inclinations.

(This kind of reminds me of when I decided to learn the names of birds. After a while it began to seem laborious and arbitrary, especially when it dawned on me these were simply names humans gave the birds, not what the birds called themselves, and in no way imparted a sense of “birdness.” To this day, I only know a few common names, though I do have a bird book if I want to know more.)

However, there is one underlying, non-arbitrary aspect of the tarot: as story-telling cards. I was reading about the Major Arcana (the twenty-two trump cards) and discovered that they tell a story — the fool’s journey, from naivete to wisdom. And suddenly I understood — the fool’s journey is nothing more than the hero’s journey. See? Story!!

More than that, how the cards are laid out tell a story — the story of a person’s future; the story of their past, perhaps; maybe even a deeper story of their self. And since there are infinite possible layouts (and infinity squared when you take into consideration all the various types of cards and decks and meanings), there are an infinite number of stories.

So my idea of using the cards to write a story is not at all farfetched. I used the hero’s journey to tell the story of Daughter Am I, and I could use the fool’s journey to write a completely different sort of story. Each character could be assigned a role based on the Major Arcana, or I could do a reading for each character to see what their particular needs are. Or both.

Meantime, I’m on my own fool’s journey when it comes to the tarot. I’ve been doing a one-card reading for myself every day to get familiar with the cards. My question is always, “What do I need to know today?”

So far, the cards aren’t letting me in on any secrets, but the cards do seem to reflect my reflections. For example, today’s card was the sun card, which, according to the particular deck I used, means enlightenment, especially artistic enlightenment. Although card didn’t answer my question, simply reflected it, the card did answer my unasked question: Why should I blog about today?

So, arbitrary or not, the tarot, even in the simplest practice, has meaning.