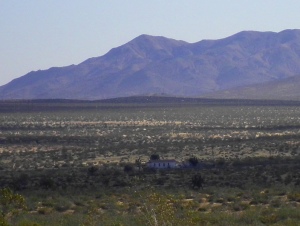 The American Psychiatric Association has labeled grief that lasts more than a few weeks a mental disorder. I wrote about this in my last blog post, “Grief Is Not a Medical Disorder,” but I can’t stop thinking about it. The problem with grief is not the pain, though sometimes the agony is so unbearable it takes one’s breath away, but the reason for the pain: a very dear person, a part of your life, is gone and will never return. When one is depressed for no reason, then perhaps the misery can be classified as a mental disorder. But if there is a reason for the pain, if there is a direct cause for the depression, then it is not a disorder. It is life.

When I lost my mate, I was in such pain I thought my heart would burst. I couldn’t breath, couldn’t focus, couldn’t see how I could ever get through the day let alone the rest of my life. I was also still in shock from witnessing his horrific death.

I did get through those first days, though how I don’t know — the pain escalated by the minute. Then I found out about a local bereavement support group. I am a private person, one who keeps her emotions to herself, but I went to the group meeting anyway hoping someone could tell me how to deal with the pain. No one could, of course, but I did meet people who had survived a similar loss, and that taught me survival was possible. One of the problems with grief is how it isolates you, and the group made me feel less isolated. And that was a comfort.

I had no intention of writing much about grief on this blog. I posted a few articles mentioning my pain, and found that not only did the articles help me, they gave comfort and support to others who were going through the same thing. So I continue to write about grief. Perhaps someday the private me will look around and be aghast at all I have made public, but for now it’s my way of coping.

The point of this bloggery is that the pain of grief made me reach out and let others into my world. If I had been treated for depression during this time, I wouldn’t have connected with others. I would have remained isolated, and the effects of intense grief would have last much longer than they did. Everyone has the right to grieve the way they want, of course, but feeling the pain was the only way I could do it, both for me and for my mate. He deserved to have someone grieve that he died, to have someone feel the imbalance of the world without him in it. And that is not a mental disorder.

15 Responses to “One Woman’s Grief”