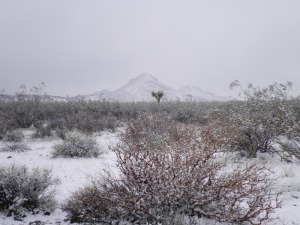 I’ve never put emphasis on the new year because it’s a relatively arbitrary date. The calendar numbers change, but that’s all. It’s not a universal new beginning. The Chinese New Year this year is on February 3, the Jewish New Year is on September 28, and various communities in the Hindu religion have different dates — January 15, March 22, April 14, April 15, August 17, October 27. January 1 is not even the beginning of a new seasonal cycle. Nor is there any personal demarcation — no black line separates the old from the new. You carry the old year with you because you have the same problems, sadnesses, hopes, fears. In other words, you are still you.

There is a newness to January 1, though, and that is the newness of a new day.  Unlike the year, each day is a new beginning. You wake up, and for a second everything is untouched — like new fallen snow — and you almost believe you can be anyone you want to be, do anything you want to do. Then the truth hits you.

Still, there’s hope, so I make daily resolutions instead of yearly ones. I have a list of a dozen do’s and don’ts that I would follow in a perfect world. I’m lucky to do about half of them each day, but it varies. Two days ago I did only a couple. Yesterday I did all but two. Today, of course, I resolve to follow everything on my list. The list includes such things as weight lifting and stretching, walking, writing, blogging, promoting, eating a big salad, drinking lots of water, staying away from sugar and wheat. As I said, in a perfect world . . .

Despite that, I did toast this new year, more as a symbol of newness than the reality of it. I’ve learned that since nothing seems important any more, I have to make something important every day. And toasting the new year seemed as good as anything to importantize.  (Yeah, I know — there’s no such word as importantize, but just for today —  this new day — there is.)