Gathering Patience for the Lonely Years Ahead 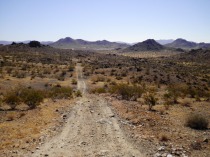 A major loss in one’s life, such as the death of a long-time mate, often changes a person. For almost twenty months now, I’ve been saying I’m no different than I was, but lately I can feel a small change. It started with his long illness, developed during his final agonizing weeks, and came to fruition in the months since his death. This change? Patience. An ability to wait.

I’ve never been a particularly patient person. I always open mail as soon as I receive it. (It used to mystify me how my late mate could let his mail sit for days without any inclination to see what the sender wanted.) I immediately begin to read books when I get them, open packages of snacks when I return from the grocery story, check my email first thing in the morning.

Well, I still do those things, but I am more patient with life’s vagaries and people’s foibles. There is no person I prefer to be with above all others, no place I want to be. If I have to stand in line at the grocery store, I simply wait without tapping my foot or wishing the line would move faster. If someone tells a long boring story, I simply listen without trying to edge away.

I’m not sure this is patience so much as resignation. When my mate died, he detached one of my connections to the world, and this connection has never been replaced. There’s something missing in me, some synapses that doesn’t spark, as if I am at one remove from the world. It’s possible this feeling of reserve comes from a new awareness of death or an awareness that life is not as it seems. Life isn’t all about shopping and what’s on television. It’s not about cars and clothes and things. I always knew that, of course, and because of it was already one step away from the everyday world.

My mate and I were not materialistic people. We lived in a world of ideas, of books, of films. Learning, research, discovery, growth were important to us. He used to say we were bad for each other — since we had someone to share these unthings, we had no reason to make a concession to the materialistic world. Though he’s dead, I’m still unable to connect to such a world. In fact, with my disconnect from him, I am now two removes from the so-called real world.

I’ve built new connections, made new friends, experienced new places and activities. I’ve become more aware of basic connections, such as the way my feet connect to the ground, or the way air flows through us, around us, connecting us one to the other. I’ve grown more empathetic and sympathetic. But still, there is no great attachment to any specific thing or any specific person. There is only me, and wherever I am, there I am, so there is no reason to be anywhere else.

This could change in the next few months, of course. I am almost two-thirds through my second year of grief, and the second half of the second year seems to be a limbo, a time for settling into this new phase of life, a time of gathering patience for the lonely years ahead. (The first half of the second year is often a time of re-grief, of having to deal with the horrible realization that even though you managed to get through your first year without him, even though you passed this test, your loved one is still dead. It can be a time of catastrophic pain.)

I’ve managed to come this far, and I will continue to manage. I’m from a family of long-lived people, so it’s a good thing I am learning patience (or resignation). I will need it.

12 Responses to “Gathering Patience for the Lonely Years Ahead”