The problem with having a star-studded weekend is that resuming real life can be difficult. Sunday evening, on the way back from the airport, I found myself dreading the return to my life. It’s not that I would have wanted to keep up the frantic pace of wonderful waterside seafood restaurants, Ferris wheels, merry-go-rounds, limousines, champagne, and fabulous shows, but that until I was away from it for a while, I hadn’t realized how depressing my current living situation is. (I am the “designated daughter,” looking after my 96-year-old father.) 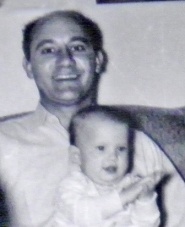 When I came here three years ago to be with my father, he was still mostly strong and vital, which gave me the opportunity I needed to grieve for my deceased life mate/soul mate without having to deal with the minutiae of daily life or my father’s medical condition, but this changed as my father declined. And now, I’m back where I was for so many years, keeping vigil while someone close to me struggles to live (or die. Sometimes I’m not sure which is harder for them.)

My father is doing well (he even insisted I leave him by himself while I was gone instead of getting someone to stay with him) but still, he is suffering from congestive heart failure, and it’s hard watching someone decline, especially when it’s someone you have a complicated relationship with. He vacillates from being the authoritative father when he is well to needy child when he isn’t, which makes a complicated situation even more problematic. And for the most part, I am his main contact with the outside world, which at times adds an additional burden.

I thought I was doing okay, accepting this new direction in my life, but now I see that this situation only adds to my sorrow. But it is what it is, and there’s not much I — or anyone else — can do to change things, though life itself will eventually make the change for me. Until then, I’ll muddle through the best I can, and try not to give in to depression.