The Most Compelling Images

The most compelling images seem to be those that somehow mirror ourselves, or at least our image of ourselves. At it’s most basic, this mirroring is why humans buy magazines with other humans on the cover, and why the animals we most bond with have the cuteness of a human baby, with wide-set, round eyes, and generally a round face.

I didn’t realize that I was prey to such subconscious mimicry, but of course I should have known since, although I don’t always like to admit it, I am just a human. I was reminded of our subconscious fascination with ourselves when I was gazing at the tarot card I chose during a one-card self-reading, a painting by Stephanie Pui-Mun Law. This three of wands card shows a woman standing at the edge of a land bridge, far above a mountainous scene with a river running through it.

I was suddenly struck by the familiarity of the image, and then I remember this photo of me on the north rim of the Black Canyon of the Gunnison, which I used for the cover of Grief: The Great Yearning: 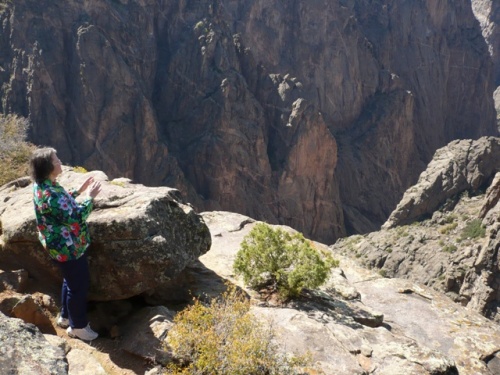 There I am, standing at the edge of the world, though the altar-like rock in front of me masks that reality. If the photo had been taken from the same perspective as that of the tarot card image, you would see I what I am seeing — a mountainous scene with a river running through it. 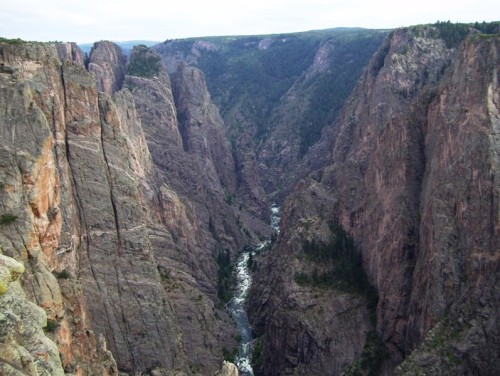 No wonder the image of the woman standing above it all struck such a familiar chord.  She is I, or maybe I am she.

4 Responses to “The Most Compelling Images”