When I bought my VW forty-three years ago, there were so many problems, I thought for sure it was a lemon. For one thing, it wouldn’t always start, and for another, the gears would grind when I shifted. I kept taking the bug back to the dealership, and the men would patronize me, telling me in their superior tones that I didn’t know how to drive, that I just had to get used to the new car. One time, the jerk took my instruction manual out of the glove compartment and scribbled all over the page about how to start the car to emphasize his point. 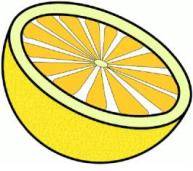 It wasn’t until months later that a friend of a friend who loved to argue took the car into the dealership and got them to take it for a drive. And then, oh, my. What a backtracking. “Why is she driving this car?” they asked. “There’s no syncromesh.”

Yep. My fault. (Is the mystery of why I still have the same car becoming clearer? I never wanted to deal with such folks again.)

Eventually, I got all the original problems straightened out, and then the secondary problems (such as a clutch cable that broke at about 1000 miles). That set the pattern of my dealings with the bug. Things would go wrong, and I got them fixed.

When the car was working, I liked it just fine, but when it wasn’t working, I hated it.

Somewhere along the line I began collecting articles about shopping for a new car (new to me, that is). One article is called, “The Smart Way to Car Shop,” and another is, “Lots of Used Lemons.” The tagline on the second article is “There’s a whole new generation of secondhand cars out there. One in ten is a disaster waiting to happen.” (Apparently, a lot of cars that were totaled end up being fixed and sold illegally without a warning about the accident.)

I figured if there was a chance of ending up with a disaster, I might as well stick with the disaster I knew. And somehow, my “disaster” has managed to survive for 43 years. (To show you how old it is, I just found the license plate renewal for when the car was four years old. The tags and license fee were $2.50.)

I’ve been trying to figure out what sort of vehicle to replace this one with, but all of a sudden today it struck me that I wasn’t the one who decided I needed a new car. The men in my life and one or two women seem to think this vehicle should be disposed of and I went along with their assessment because there is no getting around the fact that the bug is old, decrepit even.

The truth is, I don’t really care what car I drive. For me, a car is simply a car. A car wouldn’t make me feel special or young or safe or . . . whatever it is that a car is supposed to make me feel. I have no need of a new car smell (would probably aggravate my allergies, to tell the truth). I do have to admit that for a while, I was embarrassed to be driving such an ancient thing, as if it said something about me, but it doesn’t say anything. The bug is simply a means of transportation. I don’t even care that it is temporarily unreliable. I don’t need to be anywhere that I can’t get to on foot, at least for now, and I don’t particularly like driving anyway.

Although it would be nice to have a “stealth camper” that I can park anywhere without anyone knowing I was camped inside, I probably wouldn’t be able to afford a long trip for another year, and such a vehicle would be impractical for city driving.

So, as with everything else in my life, I’m taking the stance that things will work out or they won’t. It’s as simple as that.

And how lovely not to feel as if I need to make a decision!

3 Responses to “A Forty-Three-Year-Old Lemon”