I Need a Vacation From Civilization!

I miss small stores. Miss the individual touch, the smiles, the thank you’s. I realize in many cases these courtesies were coerced, a condition of employment, but still, there was a feeling of one’s patronage being appreciated.

Now, at best, the clerks seem to think we need to thank them for deigning to wait on us. At worst, we are left to wander vast aisles unassisted, with only vague hopes of finding what we need.

I had many errands to run today, and for some reason, each turned out to be a nightmare in its own way. I went to a gas station and pumped my gas, but the pump didn’t turn off when the tank was full. Gas gushed all over my car, puddled on the concrete, dripped on my shoes. They blamed me, of course, saying I wasn’t holding the nozzle tightly enough against the car. They said there couldn’t be anything wrong the pump, that it had been fixed, and the technician had just left. Hmm. A coincidence? I think not. They didn’t want to refund the money for the spilled gas, wouldn’t do anything to compensate for the mess. I cleaned up my car as best as I could, and went to the “hardware” store. 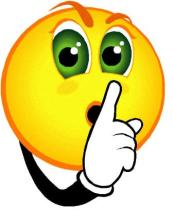 ce upon a time, hardware stores were small operations, selling nails and screws by the piece, run by folk who knew every single item in the store, where to find it, and how to use it. Hardware stores now are gargantuan, with nary a single nail in sight. (Packages of nails, of course, but not bins full of unwrapped items.) Not that I needed nails, just using it as an example. What I needed was a bit of weather stripping for the hood of my car. Every person I asked sent me to a different aisle. One woman finally said I needed aisle number 7, and that she’d send someone to help me. No one came, and of course, there was no weatherstripping anywhere on those shelves. I looked down the next aisle, and when I still couldn’t find the product and couldn’t find anyone else to ask, I stood at the front of the store and all but shouted, “Can someone please help me?”

A woman hurried over to me, shushed me, and said she’d be right with me. I said, “Where can I find weatherstripping?”

“Aisle nine,” she said, and turned away.

I finally found what I needed, and eventually she did show up. She told me her name and said if I ever came back for anything, to ask for her. She’d be my personal shopper because, as she said, “We can’t have customers making scenes.” What scene? Asking for help is making a scene?

She also said that before I applied the weather stripping, I’d need to clean the area with rubbing alcohol. She said they didn’t sell rubbing alcohol, so I’d have to go to a drugstore.

After I rung up my own purchase (couldn’t bear dealing with another clerk), I went to a “drugstore.” The drugstores of my youth were completely different from drugstores today. Most were small, individually run stores, with . . . well, whatever. Doesn’t matter. Like hardware stores, most drugstores today are corporate megamonsters, with few sales personnel in sight. I finally had to go to the pharmacy to ask where I could find rubbing alcohol. I went where directed, but all I could find was isopropyl alcohol. Back I went to the pharmacy. “Is isopropyl alcohol the same as rubbing alcohol?” I asked.

“They work the same,” the heavily accented pharmacist said.

“But are they the same thing?” I asked.

“They both disinfect,” he said.

“I don’t want it for a disinfectant,” I explained rather testily. “I just need to know if isopropyl alcohol is the same thing as rubbing alcohol.”

A woman behind the pharmacist counter gave me a dirty look and said, “He already answered you.”

Um. No. He hadn’t. By then I was frustrated beyond belief, so I turned away and did what I should have done in the first place, checked the internet.

It’s definitely time for me to take a vacation from civilization.

11 Responses to “I Need a Vacation From Civilization!”