Sisyphus, a king from Greek mythology, was condemned to an eternity of rolling a great boulder to the top of a hill. Every time Sisyphus fulfilled his sentence, the darn boulder rolled back down, and he had to push it up again, hence the term “Sisyphean task.”

I know exactly how Sisyphus feels. Every day I work my fingers trying to form a fist, and though I manage to get them folded a bit, the next morning they are stiff again, and I have to start all over. It’s not just the fingers I have to work on, but also the elbow, though now the elbow does move a little more smoothly than it has been, and the shoulder, which is out of whack from the sling and the weight of the splint and fixator.

The odd thing about not being able to make a fist is that the doctor said it would probably be two years before I could comfortably create a real fist, and every time I manage to fold my fingers into a semblance of a fist, I wonder how could this possibly take more than a year and think I should be fine in a week, maybe or two. And every day I start from the same place, work myself up to bending the fingers at the joints, and it never gets any better than that. So despite my determination, it could take two years. And I haven’t even started working on the wrist yet.

The external fixator is still screwed into my bones, and will be attached to my arm for another month. The fixator prohibits all wrist movement and most finger movements, and since it’s been on for three months with an additional month to come, there will be a lot of stiffness to work out over the next couple of years. Stiffness isn’t the only problem, though. With this many bones that were broken and pulverized, with this many tendons and ligaments that were damaged, it’s amazing that I will have any use of the arm and fingers. Knowing that, and being grateful for what I do still have, does not really make it any easier.

Making things even more difficult, I’m counting down to the seventh anniversary of Jeff’s death. I didn’t think I would still be feeling such strong grief after so long, but such is the nature of the beast. Grief does what it wants, and apparently, this year, once again, it wants to be felt. Last year I was on the road, mystified by the sadness I felt that this time of year. But then I was thinking of other things besides why I was free and unencumbered and able to take that trip.

The anniversary, the arm, the fixator, the isolation, the loneliness, the loss of my occupational therapist, are all combining to make this a rather sorrowful time. I do manage to pacify myself with games, with reading, with walking on the few nice days that we’ve had, and with hug therapy. (Lacking a living being to hug, I’ve been hugging a large Teddy bear I found on my trip, which is a trifle more satisfying than hugging a pillow. And it works to a certain extent — something about the pressure, I think.) And occasionally I play with watercolors. But all those activities put together don’t make much of a life. Still, my main focus has to be on healing, on keeping the  skin around the fixator pins from getting infected (another almost impossible task), and on keeping the rest of me from atrophying while the healing is taking place.

I wish I could be one of those writers who could put everything out of her head and just write, and perhaps I could if I were writing anything but a book about a grieving woman. I’m afraid if I continued writing right now, I’d get so deeply into the story, I’d never pull myself out of grief. (I’m not sure that’s even true, but it sounds good.)

Besides, I have the Sisyphean task of opening and closing my fingers.

This post sounds almost emotionless, and in no way shows the spurts of tears that come out of nowhere, the moments of a great yearning for . . . I don’t even know what. Jeff? Perhaps, but I wouldn’t want to disturb his rest with my prickly problems. (I said piddly problems, but my speech recognition software wrote prickly, and I like that word choice better.) Someone to care? There are a lot of people in my life who care, but not in the personal way than a mate does, or in the personal/professional way the occupational therapist did. Maybe it’s just a feeling I miss and need, but I don’t know what that feeling is or how to get it back.

And so life goes on, one Sisyphean task after another. 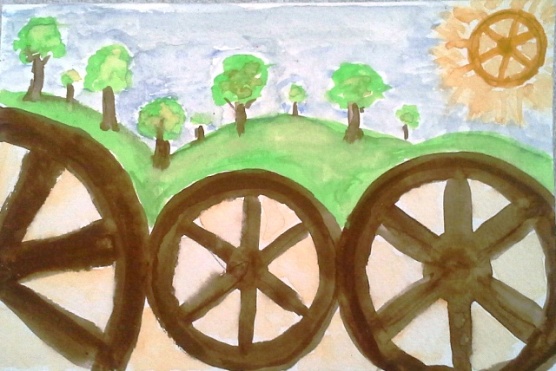