So often during the early years of my grief, my blog writing would be precipitated by a bout of crying. In subsequent years, I’ve tried to be more upbeat in my posts, but always a bout of crying would inspire another blog post and yep, you guessed it — today is one of the crying times.

In my previous post, “A Halcyon Time,” I told you about the occupational therapist who’s been visiting me for an hour a couple of times a week. She’s been helping me take a shower, massaging my incisions, teaching me a few therapeutic exercises I can do to keep my fingers and elbow working as much as possible. She’s helped subdue my fears, hugged me when I needed it, and brought a note of sanity into this whole insane experience. She’s treated me as more than just a client — she really seemed to care — and oh, how I needed that! It’s been years since someone cared for me in such a personal, hands-on way, and it’s made this time of home-bound healing palatable.

So why the tears? I just found out that Monday will be her final visit. My insurance won’t pay for any more days, and though she has fought for me a couple of times already and got the visitations extended, she has reached the end of what she is allowed to do, so I’ve been cut loose. I feel so terrible, so tearful. I haven’t even started the hard part of this whole healing journey. The fixator is still on, and once it comes off, it’s going to take a long time — maybe years, painful years — before I am back to a semblance of normal, and even then I will only regain about 50% mobility.

I’m screaming to myself, “I can’t do this!” (this being the next stages of recovery by myself), though I know I can. I’ve done so much I didn’t think I could do during the past seven years.

I still remember those first two months after Jeff died. I was all alone, in the worst agony I’d ever experienced, barely able to breathe, totally lost, and feeling as if half my soul had been amputated. I kept screaming “I can’t do this!” But of course, I did whatever needed to be done. I dealt with the mortuary, the bank, the government. I disposed of his clothes and other “effects.” Packed my stuff. Had a yard sale. Got rid of most of the things I didn’t think I would need. Traveled 1000 miles to go take care of my father. All within two months of Jeff’s death. All while screaming “I can’t do this!”

So yes, I know I can do this. Whatever happens in the next couple of months will in no way match the agony of those long ago months, and even if it did, there is something unbreakable in me that will allow me to do whatever needs to be done. But truly, it would’ve been so much easier with the counsel and support of that occupational therapist.

I hate to admit it, but I’m scared. I’m afraid of the next stage of healing and then going into old age alone with a disability (even a minor one), and more immediately, I’m afraid of falling back into the despair of loneliness and isolation.

There are people in my life who care, but it’s not like having a partner, either in life or in healing. I always knew, of course, the occupational therapist was only a temporary angel, yet I’d hoped to have her support until I felt well enough to continue on my own. Still, as with all partings, I am grateful for the time we had together. (Oddly, I don’t even know how I got involved with the home health service. I think one of the doctors at the hospital prescribed the service so a nurse would check on me since I was going home alone, and the therapist came along as part of the service.) It felt great being in someone’s concern, even if only two hours a week. I know I was darn lucky to have had her in my life the last three months, but now I am bereft.

A friend asked, “Do you think the loss of your OT is triggering the start of your annual grieving? Or it could be you are grieving only her, a caregiver who is gone. I know you feel the loneliness more acutely right around this time of the year, especially as it gets closer to your anniversary. If one could only push a button to fast-forward through these wretched months.”

She’s right — I do feel the loneliness more acutely at this time of year, and it’s possible that the nearness of that terrible anniversary, the seventh anniversary of Jeff’s death, is exacerbating my grief for the loss of therapist’s support, but even without that anniversary I would still feel the loss and the coming isolation. (Without her, I go weeks without seeing anyone.)

But there is no doubt the echo of that one devastating loss magnifies any current losses.

The death of a lifemate/soul mate creates a soul quake that leaves behind a huge void. When I went to stay with my father and discovered that he was living a scant 15 miles from the San Andreas Fault, at first I panicked, and then out of curiosity I went in search of the fault line. Unlike the image I had in my mind of a big crack in the earth, signs of the fault were much more subtle, such as red soil miles from where it originated, but in one place where the earth split, I found a leftover cavity filled with water. (It’s called a lake, though truly, it seems more like an elongated pond than a lake.)

Now that my soul quake has mostly healed, it has left behind a similar cavity inside me, and that cavity seems filled with tears, creating an underground lake or well that seeps to the surface of my life too frequently for comfort. And yet without the comfort of those tears what do I have? Only my ability to plod ahead, I suppose.

And plod ahead, I will. 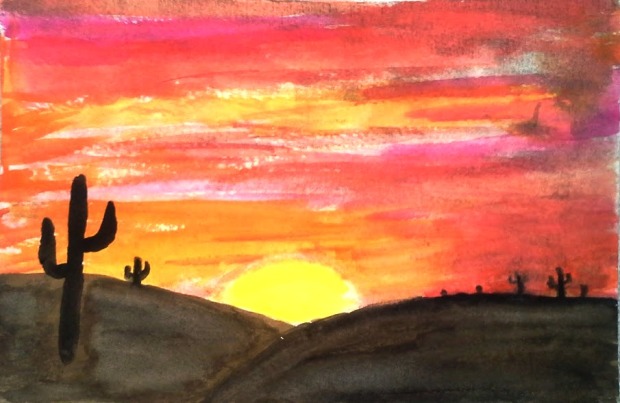