I don’t often gear my posts toward national holidays and such, but this year I did a special post for Mother’s Day, and now I am doing one for Memorial Day weekend mostly through serendipity because this particular stop, as well as the rest of my return journey, was unplanned.

After I left Seattle and before I crossed the Columbia River into Oregon,

I encountered a wonderfully bizarre (and touching) World War I memorial — a full size rendering of Stonehenge as it might have looked if it were made of reinforced concrete.

In fact, Sam Hill, the founder, enlisted the aid of a whole slew of authorities on archaeology, astronomy, and engineering to make the monument as accurate as possible. It took more than ten years to build. On Memorial Day in 1929, it was dedicated to the servicemen of Klickitat County, Washington who died in the service of this country during World War I. 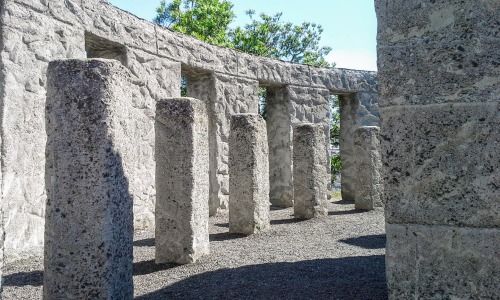 Why Stonehenge as a war memorial? When Hill first saw the real thing, he was told that the place had been used for human sacrifice, and he said, “After all our civilization, the flower of humanity is still being sacrificed to the god of war on fields of battle.” Even though Stonehenge is now considered to be a device used by stone age astronomers, the memorial on the Columbia River remains a powerful and intriguing statement about war. 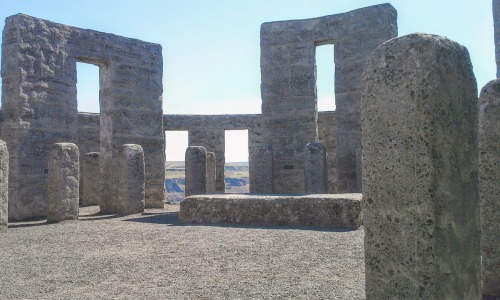