A Murderer at the Museum

I’ve been trying to figure out how to set up a live murder mystery evening sans dinner, sans skit, just a simple game similar to Clue. The best way I’ve come up with so far, is to finger six or seven suspects, tell why they hated the victim, and offer alibis for each. Visitors will be given this brief history, along with a check list of suspects so they can cross off those they know couldn’t have done it.

I spent the afternoon at the history museum trying to find a mystery and decided to kill off Clay Allison, a self-proclaimed shootist, ten years before he actually died. (He died at 45 when he fell off a wagon —literally — and a wheel ran over his neck.) Considering that Allison killed a deputy in this county and was never prosecuted (the killing was considered self-defense though the deputy had been doing his job as a lawman at the time of the gunfight in the saloon), I figure a lot of local folk back then would have liked to dispatch the evildoer.

Or maybe he did himself in — after all, he’d once shot himself in the foot as evidenced below.

Although it’s easy leaving clues and red herrings, the difficulty comes in proving which of the alibis are correct. (It’s much easier proving them wrong.)

At the suggestion of one writer friend, one of the suspects will be out of time/place (he will have been born after the shoot-out), and the only clue of his innocence will be his date of birth. One woman, a dance hall girl, will say she was with the local chiropractor, and though he will deny it, a photo of the two of them will be hung somewhere in the museum.

And that’s as far as I’ve got. One suggestion I considered was to use the time zone change. Although today it would work since the dateline is only an hour or two away, back then, it would have been a couple of days hard ride, so I haven’t been able to make that work.

Since this is more of a scavenger hunt than a live Clue game or skit, the clues to who didn’t do it need to be visual so they can be scattered around the museum. Luckily, I still have a couple of weeks to figure this out. 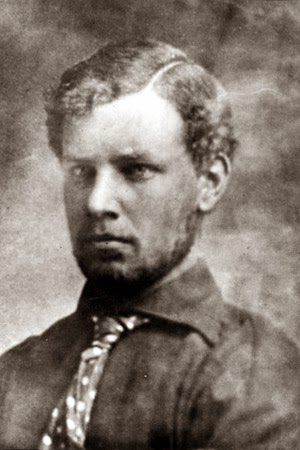 7 Responses to “A Murderer at the Museum”