Flying on My Own Four Wheels

Yesterday I talked about wild mind writing — picking three words at random and using them as a prompt for ten minutes of wild writing. Since I’ve never been able to sit with a blank sheet of paper and let the words flow, I wasn’t sure what would happen, but apparently, while a blank piece of paper offers me no encouragement to be wildly free, those three words did. My random words were sportscar, iota, and plain. The bit of silliness that ensued made me laugh. Hope it makes you laugh, too. So, here is my first attempt at wild mind writing:

The sportscar wished on an iota for a plane, but the iota, being an impish sort, set him in the middle of a plain. At first, the sportscar waited patiently, thinking perhaps the plane would soon be arriving. He revved his engine in excitement, but gradually the revs died into a barely perceptible grumble. No plane. Just a big empty plain. Perhaps there was another reason for the iota to have set the sportscar there? He turned on his headlights, searching the emptiness for a gift from the iota. But nothing. No plane. No gift. Just the the useless empty plain.

The sportscar sat rumbling for a while, then realized that of course he had arrived too early. Maybe the iota was trying to teach him patience. He turned on his radio and shimmied to the beat. The plain shimmered in the heat as if playing with him. After another while, the sportscar got bored with both the beat and the heat. He put himself in gear and began driving in crazy figure eights. He figured this would keep him occupied for a few hours, at least until the plane arrived. Or the gift. Or the iota. For surely, the iota would come to offer him an explanation? He was owed that if nothing else. Hadn’t he trusted the imp? Wasn’t that his gift to it? And if so, wasn’t the iota required by some sort of cosmic law to pay him something in return?

Ah, the heck with that iota of an idea. Because, of course, an iota is simply a figment (a very small figment) of his imagination. But the iota and the imminent plane had seemed so real. Sheesh. He turned on his windshield wipers and listened to to them sheeshing as he stared out the window at the vast empty plain.

Slowly a smile crept through his streamlined body. It had been a long time since he’d seen anything as inviting as that flat openness. He cranked is mirrors right and left, checking to make sure no one was around to see what he was going to do and dampen his high octane with disapproving looks. No one. Just empty plain.

He revved his engine, his grillwork grinning. And he tore across the plain, feeling as if he were flying. For just a second he thought he saw the iota as he flashed by, and perhaps there was even a ghost of a plane, but he didn’t care. He was doing what he’d been born to do — fly on his own four wheels.

Write the Most Terrible Stuff You Can 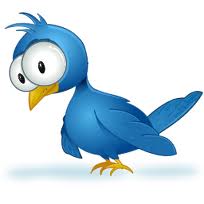 A couple of weeks ago I stumbled on a group of writers chatting on Twitter. I’d never really done much with Twitter, never really knew what to do there, but I checked out the chat (discovered one of my Facebook friends there), took a deep breath and responded to a few comments. It felt so good that I made a point of attending the chat again yesterday. (You can find the chat on Twitter at #writechat every sunday afternoon from 3:00 until 6:00 pm ET.)

One guy mentioned that he made a point of writing every day. He said he was afraid if he stopped, he’d have a hard time getting started again. I told him it was a realistic fear since that’s what happened to me. I also said I was recommitting myself to blogging since it wasn’t as big a commitment as writing a novel or even a short story, and that I was hoping eventually I’d get in the habit of writing fiction again. Then another writer (Suzanna) suggested I commit myself to ten minutes a day. Suzanna told us about Natalie Goldberg’s idea of wild mind writing. Pick three words at random, then use those words to write for ten minutes without thinking. Just write terrible, boring things, the most terrible you can. According to Suzanna, it is not about speed, it’s about continuity. Keeping the pen moving.

This really caught my attention. Last year I did NaNoWriMo in the hopes that I’d find the place inside where the wild words live, but I never did.  I did do some respectable writing, so the month wasn’t a waste, but it didn’t accomplish what I wanted. Before that, I followed Julia Cameron’s idea of doing morning pages. Again, I did some respectable writing, but no wildness came of it. But ten minutes a day? I can do that, and I plan to do it for sure. Tomorrow maybe.

Click here to read Suzanna’s article about wild mind writing: Take a rest in your imagination