I’m sitting here trying to think of an exciting opening sentence for this blog, but I can’t think of one, probably because my life itself is not exciting. I still have the external fixator attached to my arm, still can’t do much, am mostly homebound. I do get out to walk on nice days, though I find I’m still unsteady enough to need a trekking pole for balance.

The main difference is that my brain is clearing up. I hadn’t realized how fogged I’ve been, not just because of the trauma of the fall, or even the heavy pain medications I’ve been on, but also residuals from the anesthetics I was given during my operations. I’m not in as much pain now, so I’ve been cutting back on the pain pills, which is a very good thing. I don’t seem to be in any danger of becoming addicted — the drugs barely dull the pain, and whatever the pills do for other people to make them such a valued street drug, they don’t do for me. What I mostly get is a huge drain on my pocketbook. More than two dollars a pill! Still, I’m grateful for the relief they give me, even if they only take the edge off the pain.

I still spend most of my time by myself, though an occupational therapist comes a couple of times a week. She helps wash my hair; cuts up my apples and opens bottles; massages my fingers, elbow and shoulder; keeps the fixator sites clean; gives me exercises to strengthen wasting muscles. Mostly, though, she makes me feel cared for, which is something I have desperately needed (but didn’t know I needed) after all these years of taking care of others.

The therapist is taking care of her aged mother, so we have discussed the problems of grown women living with their parents (in her case, though, the parent is living with her). When I mentioned some of the things that have happened during the past 10 years — my mother’s death; Jeff’s illness, his death, and my long years of grief; taking care of my father until his death, and dealing with my mentally ill brother — she said, “So you’re used to dealing with trauma.” I laughed and said, “Compared to what I’ve gone through, this is nothing.” This, of course, meaning my arm. And it’s true — compared to all the traumas of the past decade, this is a mere blip in the road. Although there is a good chance I will have a deformity and will lose mobility in my wrist, fingers, and elbow, these are rather minor disabilities, all things considered.

When I was waiting for my prescription to be filled yesterday, the woman sitting next to me smiled and said, “At least you still have your thumb.” She showed me her right hand, which had been mangled in a car accident. Her fingers were badly deformed, and she was missing the thumb. We got to talking about how grateful we were because no matter how much we have lost, it could have been worse. She was grateful she still had one thumb, and she mentioned a man she met who had lost both thumbs to a freak accident. (The top section of the extension ladder he had been using disengaged and crashed down on his thumbs, smashing them beyond repair.)

Yep, my injury is a mere blip in the road.

I even have a hunch that in the coming years, once the memory of the pain and trauma has faded and the lesser mobility has become normal, I will look back on these few months as a halcyon time. No one to take care of but myself. No plans to make because I have no idea what’s going to happen or what I will still be able to do. Nowhere to go and no way to get there even if I did have a place to go. And mostly, someone to care.

Until then, of course, I have to deal with the reality, which is neither peaceful nor happy. Just life. 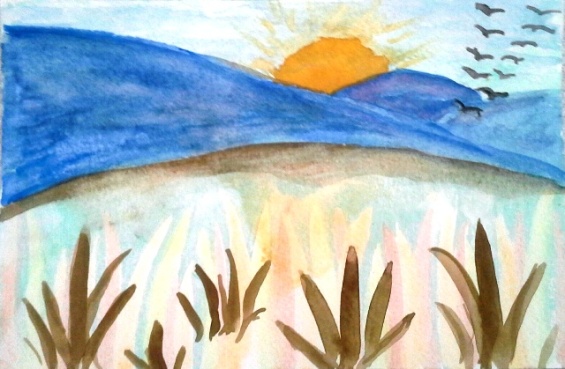 18 Responses to “A Halcyon Time”