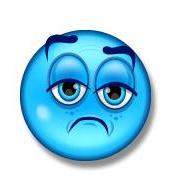 I’ve been updating my various networking sites in an effort to position myself for becoming a bestselling author. (Even though my new book on grief hasn’t yet been written, I need to believe that it will be a success, otherwise my old friend futility will begin banging on the inside of my head, and the book will never get written.)

Although I try not to read reviews (that’s a lie, actually; it’s hard not to want to know what people think and it’s even harder to overcome the need to feel validated in some way) I found a one star review for Unfinished. One star? Eeek!

The woman claimed that the book was not at all what she thought it was, that there was too much about the character’s grief. I’m not surprised. We do not often read about a character going through the trauma of grief. In fact, one of the many reasons I began writing about my grief (and why I specifically wrote Unfinished) is the lack of grief I found in fiction. In one book I tried to read after Jeff died, a woman’s husband was murdered, and the widow cried for a single night, decided that was enough, and set out to find the killer. No other mention of grief in the book at all.

In a second book I tried to read around that same time, a woman’s husband died, and the only acknowledgment of her grief was a single sentence: She went through all five of the Kubler-Ross stages of grief.

In the third book I tried to read, the main character was a grieving widow with a young daughter, and the only indication of their grief was a conversation about how the two needed to be strong and not cry.

Up to then reading had been my life, but after those experiences, I gave up reading for many years. There has to be something in a book that resonates, and nothing anyone wrote resonated with me as a griever. Hence, Unfinished.

Another point the reviewer made was the unbelievability of a woman having a cyber affair while her beloved husband lay dying. Actually, this says more about the reviewer and her unfamiliarity with a dying mate than it does about my writing. Anyone who has had the care of long-dying mate knows the insanity of one’s thoughts (and actions). Mostly, I was numb, going through the motions of living, though there were times I hated Jeff. There were times I wished he’d hurry up and die and get it over with. There were times I desperately needed to get a start on living my life without him. There were times I wondered who that silent graying man was, and how I ended up with him. There were times I bristled when he “lectured” me. (Although we didn’t know it, his brain was clouded with cancer metastases. Since this made him unable to hold more than a single thought in his head, the fabulous, wide-ranging conversations that formed the basis of our shared life were . . . simply gone.)

And that was our life for a year, two years, eternity — me struggling to live while he struggled to die.

A few weeks before he died, during a time of clear thinking, he reached out to me. We had a long, wide-ranging talk about us, our shared dreams that never came true, the future we’d never have — oh, so many things — and I fell in love with him all over again.

Six weeks later, he died, and grief slammed into me with a force I could not have ever imagined. (Think of grief as a proliferation of emotional, physical, spiritual, mental line drawings, one piled on top of the other so densely that all you see is solid black. Then try picking out each of those images from the totality. Grief is that immense.)

Although I thought someone (well, me) should write a novel about a widow trying to deal with the practicalities of life while undergoing such trauma, I hesitated for many years. I didn’t expect people to like such a raw book. And I knew it wouldn’t change anything. People who knew grief didn’t need to be shown what it was like. People who didn’t know grief wouldn’t believe it or would find it oppressive, so I do understand the reviewer’s comments.

What I don’t understand is her complaint of too many typos, missed words, and writing mistakes.

Huh? Typos are a fact of writing, and though we do our best, as do our copy editors, typos do creep in. But writing mistakes? I don’t make writing mistakes. If it’s in the book, it’s meant to be there.

Being the rather obsessive person I am (and rather demoralized), last night I went through the book again, and I did find a couple of typos. (One of which I already knew about.) But writing mistakes? The only thing I can think of are the letters the dying fellow wrote to his wife that she found after his death. Yes, there were mistakes, but they were the character’s mistakes, not mine. (For example, he complained about his “stupefried” brain.) In fact, I thought the letters were too cohesive considering the cancer in his brain and all the drugs he was on, but the letters needed to be understandable. (I kept a note Jeff wrote the last night he was home, but I haven’t a clue what it says.)

I do think it’s unfair of folks to complain about typos and then not list them to give me a chance to get them corrected. So, if you ever read a book of mine, and find typos, please let me know what they are. Such errors are inadvertent, and are not meant to taunt you. I promise.

If you are the person who wrote the review, I appreciate your taking time to post your thoughts. I don’t mean to be disrespectful in this rebuttal, and in fact, I don’t normally write rebuttals since it is unprofessional, but I needed to write this. Blogging is how I “unobsess” about things, and I cannot allow myself to believe what you wrote, otherwise I would be too discouraged to write my new book on grief, and it does need to be written.