Social distancing might be holding in the over-60 population, at least to an extent, but it does not seem to concern the younger folk. Today I’ve seen more groups walking than I have in the year I’ve been here. I don’t know if that’s been the case all along since I’ve stayed inside babying my knee, but today I thought I should challenge myself, so I went outside for a short walk. (If 300 steps can be considered a walk.) I might have stayed out longer, but in that short time, one single walker and two closely-packed trios passed me. In all cases, I crossed the street to get away from them, but still, there they were.

Needless to say, I took I wide berth around that mess, and came back inside where I am safe. (Just because I think there’s way too much hype over The Bob  doesn’t mean I don’t take precautions. In fact, I take these same precautions when it comes to any flu or other contagious disease. And I might as well admit it, I always cross the street to avoid people when I’m out walking unless I know them — it’s a leftover safety measure from when I lived in a big city.)

There are many loopholes in this stay-at-home order. Except for the closures — places where people obviously can’t go — they can go anywhere and do anything as long as they say they are taking a walk or getting essential items. Some people — couples and families — are going en masse to the stores that are open more as a recreational thing than because they really need the merchandise. And the early shopping hours for seniors are a joke — so many congregate outside the doors of places like Walmart, waiting to get in, that it seems to create more of a problem than it solves.

So why issue stay-at-home orders when it’s so easy to get around them? Well, I do know one reason — by establishing their locale as a scene of disaster, the local governments are positioning themselves for federal relief funds. But for the rest, who knows. There is much going on that we are not privy to.

Speaking of privy (chuckling at my wit here), I did some research on the toilet paper shortage.

I don’t know why no one is admitting that a percentage of our bathroom tissue is imported from China, but it is. (A Walmart employee told me that’s where their store brand comes from.) According to the Observatory of Economic Complexity: The top exporters of toilet paper are China ($2.84B), Germany ($2.78B), Japan ($1.67B), Poland ($1.4B) and Italy ($1.26B). The top importers are the United States ($2.29B), Germany ($1.79B), China ($1.43B), France ($1.33B) and the United Kingdom ($1.26B). So, as you can see — if you curtail the imports, there is a definite shortage. Even if the shortfall is only 10%, that shortfall soon escalates into a massive shortage as people try to stay ahead of their needs.

I’m shaking my head at myself. I had no intention of ever even mentioning any aspect of this current medical situation in my daily blog posts (190 days in a row as of today), but it is there. And it is hard to ignore.

Of course, if the guys would come and build my garage, I’d have something more exciting to write about. Meantime, there is just me, my computer, and vast numbers of articles and commentaries about The Bob flooding the internet streams. And now, with this blog, there is one more.

In case you’re sick of all this, here’s something to brighten your life: today is National Crayon Day. Happy coloring! 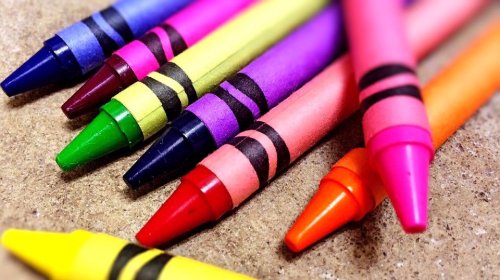 5 Responses to ““The Bob” Commentary”