When Facebook blocked my blog URL from their site, it made me rethink a lot of what I’ve been doing online. Not writing this blog, of course — that is a given. But other things, such as keeping friends on Facebook that I don’t know simply because we are authors or because it wouldn’t be politic to remove them. I figure my current boycott of the site — if FB doesn’t want my blog, they don’t get any part of me — would be a good time to quietly unfriend those folks I don’t know or don’t want to know.

When I first came online, all the marketing hints for authors mentioned how important FB was, so I did my best to work the site. At one time, I had the maximum number of friends allowable, but as the years passed, and I realized none of these people had any interest in me, I started removing those who annoyed me. From 5,000 to 200. That’s a lot of annoyance! A few of those 200 I keep only because . . . well, I don’t really know why except that I know them. When . . . if . . . I ever return, I might remove some of them too.

After cleaning up FB, I turned my attention to Twitter. Twitter has never been a favorite of mine, so mostly all I do there is have my blog URL posted automatically to the site. Although a writer friend once walked me through all the ways Twitter can help an author, none of those ideas ever worked for me. Twitter seems to work only if you have more that 10,000 followers, and I fall vastly short of that number. I did go through and do some housekeeping, though, such as unfollowing people that I follow but who no longer follow me.

Finally, I did something I never thought I would do, I removed some problematic blog posts. As I explained in my post Repercussions, shortly after my first two novels were published, I had a text conversation with my sister, who had just finished reading the books. I asked her if it was strange reading a $&X scene written by her sister. (Just so you know, I am not averse to using the word, I’m just trying to hide it from google.) I posted the conversation on my blog because I was so tickled with her observations.

A couple of months later, on the list of search engine terms people use to find my blog, I noticed a lot of incestual queries. There was no mistaking the meaning of the terms. They were explicit.

Not one to sneer at a gift from the writing gods, even such a sleezy gift as this, I wrote a blog: “$&X With $ister Tips — Writing Tips, That Is.” (The more views a site gets, the higher it’s ranked by search engines, and so the more views it gets.) It was actually a good post, talking about how to make the scenes motivated and a part of the story rather than simply adding prurient interest.

As uncomfortable as the whole incest thing made me, it never occurred to me to remove the posts. Ever since the quarantine, though, the number of views on those posts have skyrocketed, and the comments increasingly frightening.

Since this is a time of reworking my online presence — what is left of it — I finally trashed those particular blogs.

It feels good, all this online housecleaning. Refreshing. 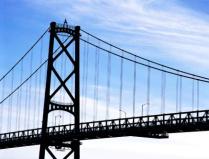 I’m starting to play rough with Facebook, unfriending people with the same abandon I once friended them — sort of reverse social networking. (Would this be called Unsocial Networking or Social UnNetworking?) Start with 5000 people at random, and then one by one, remove the annoying ones. You know the people I mean:

1. The authors who send you one message after another asking you to like their FB page, download their book, check out their website, read their blog. I’m not talking about notifications or the posts that show up in your feed, but repeated private messages. I now have a new policy: if you spam me once, I might let it go if I know you or if I’m in a good mood, but if you send the same spam message a second time, I will unfriend you. Friends don’t spam friends.

2. The rabid political lobbyists, those who are always lobbying for their party, their agendas, their preferred candidates, their right or left wing propaganda. These people aren’t interested in being friends. They want power, even if at one remove.

3. The uncompromising religious folk, those who never acknowledge that another person’s religious beliefs might be as sacred as their own. These people remind me of the folk in Emo Phillips joke. This joke was voted the best God joke ever, but was not credited to Emo Phillips, and truly, it’s such a classic, he needs to be acknowledged as the author. I don’t remember many comedians, but I do remember the delightfully waifish Emo telling this story:

I’m now down to about 1650 friends on Facebook, and who knows, at the rate I’m pushing people off the bridge, I might end up with only one or two hundred connections, but those will be real friends — people I enjoy following, whose blogs I read, and whose opinions I respect. And never, ever, do they spam me or lobby me or disrespect my beliefs or unbeliefs.

Pat Bertram is the author of the conspiracy novels Light Bringer, More Deaths Than One, A Spark of Heavenly Fire, and Daughter Am I. Bertram is also the author of Grief: The Great Yearning, “an exquisite book, wrenching to read, and at the same time full of profound truths.” Connect with Pat on Google+ 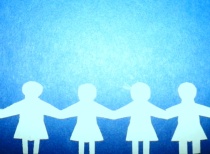 I’ve been doing a series of posts on the effectiveness of Facebook as a promotion tool for authors, based on my research and my experiences. Some people have taken these as complaints and negativity, but I’m just trying to make sense of a confusing world.

There are four billion users on Facebook, yet most authors seem to be shunted off into a corner of the FB world with other writers. While I’ve gotten to know a lot of great authors this way, I’ve found few readers, which makes sense when you think of it. Authors want something — readers — so we frantically add friends in an effort to reach readers. Readers, on the other hand, don’t frantically friend unknown authors. Most readers stick with previously read authors, or find books by word of mouth, blog reviews and book websites, local bookstores, online stores, the library. (This information is from an informal poll I once did: How Do You Choose the Books You Want to Read?)

When I first joined Facebook, I was guilty of adding as many friends as I could since I thought that was the purpose of social networking. In fact, I almost reached the cut-off point of 5,000 friends. (I’m sure you’ve noticed that some people have more than 5,000 friends. That’s probably because of inactive accounts. I go through my friend list periodically and delete inactive accounts. The only serve to swell numbers and make FB even more unwieldy than it already is.)

When I realized that social networking is about being social, I stopped sending friend requests, and started trying to get to know the people I am connected to. In the process, I am gradually culling my friend list. If someone has four or five thousand friends and has never once bothered to respond to anything I have done on Facebook, I unfriend them. If someone whose friend request I have accepted (I have not sent a friend request to a stranger in over three years, so I know that any friends made in those years are at their behest) spams me or ignores me, I unfriend them. If they are multi-level marketers or any other such blatant scammers, I unfriend them.

This sounds harsh, doesn’t it? But if Facebook hasn’t created a mass of readers for me, then it’s mostly for fun, and if it’s mostly for fun, there is no point in being connected to people who do not enrich my life. (I hope you don’t think I am unfriending everyone. I still have almost 2,000 friends, a good percentage of whom I actually talk to.)

Of course, some people think unfriending is silly, because what difference does it make how many friends you have, especially since you see so few of them anyway, but it does make a difference. When I had close to 5,000 friends, every time I tried to individually invite friends to an event, it crashed my computer. (Except for the Suspense/Thriller Writers Self-Promotion Extravaganzas on Saturday, I don’t bother to do events any more. Where hundreds of people used to respond, now only a handful do.)

People do the same to me. One woman told me she unfriended me because I never participated in any of her events. It was a valid observation. At the time, I had 4,000 friends, and couldn’t keep track of them all. All I did on Facebook at the time was keep my writing discussion going, so the people I was most interested in were the people who participated in my discussions. (I hate to admit it, but I still don’t participate in other people’s events; there are simply too many. And anyway, I still prefer to spend most of my time with my discussion group. It’s a small space of sanity in the choatic FB world.)

Perhaps none of this matters. Perhaps unfriending is just a game or a phase I am going through. But the truth is . . . hmmm. I don’t know what the truth is. Maybe I don’t like being ignored. Or maybe I have had a surfeit of inanity and negativity. (What many people consider as positive thinking, I often see as inane, and inanity feels to me like negativity.) Or maybe I’m fighting a system I have no way of beating. Or maybe I’m getting curmudgeonly. Or maybe I’m trying to do FB over, and do it right this time. Or maybe, just maybe, I’m positioning myself for success, making room for the thousands of new friends I am going to make through my writing.