I Am a Fourteen-Month Grief Survivor 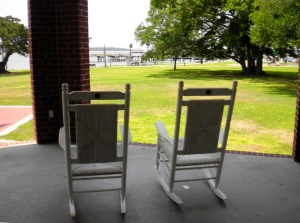 Fourteen months sounds like a long time, doesn’t it? Plenty of time to get over the death of one’s lifemate/soulmate/best friend. And yet, those who have been where I am today know you don’t ever truly get over it. You deal with it, you get on with your life, but there is always that niggling feeling of something being not quite right.

I still feel bad for him that he’s gone, that he suffered so much, that he died too young, that he is no longer here to enjoy something as simple as eating a bowl of his chili. (Though the batch I made today in his honor wasn’t worth coming back from the dead for. The kidney beans were overcooked, the onions undercooked.)

I still feel sad for me, that I’ll never get to see him again in this lifetime, that we’ll never get to do all the things we planned, that his smile exists only in my memory, that I’m alone. I’m glad we had all those years together, but that doesn’t ease the loneliness he left behind. It is odd, but for some reason I never expected to be lonely. I’m used to spending time alone, I know how to entertain myself, and I’m quite capable of taking care of myself (though the thought of growing old alone makes me panic at times). I also have more friends now than I’ve had in many years. But still, I’m lonely — lonely for him specifically, and lonely in general. Perhaps my loneliness is another stage of grief rather than a character flaw. Perhaps someday it, too, will pass, as have other manifestations of my grief.

One stage of grief I am clinging to is anger. Not rage, just a quiet pilot light of anger. I accept that he is dead in the sense that I know he will never be coming back (though I still long desperately to go home to him, still yearn to see him one more time). But I cannot accept the rightness of his death. It seems so terribly wrong that death was the only resolution of his illness, the only solution to his pain. And that does anger me. Anger is generally considered to be a negative emotion, but during the past few months I’ve found that in small doses, anger is a positive thing. Anger can give us the strength to survive. Anger can give us the energy to do things we couldn’t do under normal circumstances. Anger can give us a feeling of control in uncertain times. Anger can keep us going when we want to give up. Anger can give us the courage to live with the injustice of death. Anger can motivate us to find solutions to problems, can motivate us to undertake dreaded tasks, can motivate us to change our lives. So, yes, I’m clinging to whatever vestige of anger I can. It’s the only way I can get through these lonely days.

I am now more aware of the years looming in front of me than the years behind me, those years we shared. I’ve been saying that I don’t know who I am now that he’s gone, but I do — I’m still me. Still the person I’ve always been, just older and sadder. I’ve mostly untwinned our lives, no longer see me as half of a couple. And yet, something is missing. I don’t cry much any more, but sometimes I find myself crying for . . . I don’t know what.

It’s a relief to be telling the truth. I’ve been keeping upbeat the past few weeks — preparing for my presentation at the writers’ conference, traveling, being around people who only know me as an author, posting photos of my adventures. It was wonderful, but it’s only half my story. The adventure ended, and now here I here I am. Fourteen months of missing him, and still counting.

15 Responses to “I Am a Fourteen-Month Grief Survivor”