The Dower House of Grief 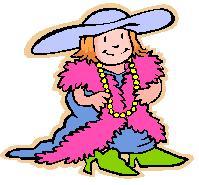 While doing a word puzzle, I came across the clue “widow,” which gave me pause since I couldn’t think of anything that means the same as widow, but then it came to me: dowager.  According to the dictionary, “Dowager” can apply to any elderly widow who behaves with dignity, though generally the word is used in historical, monarchical, and aristocratic contexts.

In previous eras, when an estate owner died and a married son took over the estates, the widow was often moved out of the principal family house and relegated to a dower house, a separate abode on the estate. If the heir wasn’t married, the dowager sometimes stayed in the main house until he got married, and then she was shunted off to the dower house, leaving the new bride as mistress of the family home.

Many of us today who have lost our mates have also been shunted off to a dower house of sorts. Without a husband or young children still living at home, we are often relegated to taking care of our elderly parents. Or, almost as frequently in these uncertain financial times, a daughter with a new baby moves in with us. This seems to be the “dower house” of grief, a way for us to still be part of the world, to still be useful, though we are no longer in our primary life of having our mates to care for and love.

Unlike the dowagers of old, the exile in our dower house of grief will come to an end, and then what? Most of us long for freedom and the resources to enjoy it. As one bereft friend says, “We need adventure and excitement and something different. A change of scenery, throwing caution to the wind or anything to get us “out of the parking lot” of our lives (which a friend claimed I’m stuck in).”

Maybe what we need is to embrace dowagerhood. Despite the definition of dowager as an elderly widow who behaves with dignity, I always had the impression of a dowager as a not-so-old, imperious and outspoken woman in outrageous hats, who sailed through life like an icebreaker, pushing ahead regardless of whatever obstacles floated in her path.

Sounds good to me. Meantime, I’ll go for a walk in the desert. That’s about the only adventure I get nowadays, and it’s better than sitting here coming up with (and mixing) metaphors for my life.

One Response to “The Dower House of Grief”