Thank you for all your prayers, thoughts, concern, love.

After I abandoned my dysfunctional brother on the streets of Fort Collins and drove the 1000 miles back to where I am caring for my 97-year-old father, all I could do was weep. I felt terrible that no one cared. I wondered how it was possible in a world of 7,184, 285,500 people, my brother could be so unloved. And then I realized the truth. I cared, and so did all of you. Not that it makes any difference to him (at least as far as I know), but it makes a difference to me.

Even though he ended up angry, abusive, demanding, it 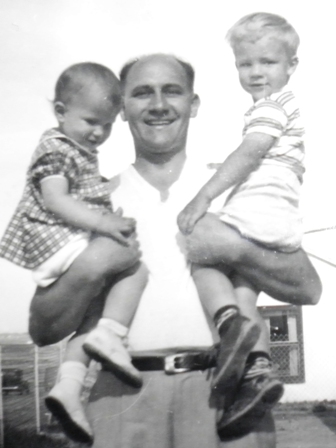 wasn’t always so. He’d been in my life from the moment I was born, and I’d looked up to him. I remember him as a radiant and charming child. A brilliant youth. A teenager who refused to let himself be beaten (with a belt, no less) into submission. A young man who felt at home no matter where he roamed. A middle-aged man who struggled with problems greater than his ability to solve.

I thought I wanted him out of my life, and I do. For the past fifteen months, he hounded me relentlessly, wanting more from me than I could ever have given him, though to be honest, I’m not exactly sure what he wanted. He settled for a place to camp in the garage and an occasional bag of groceries, but I knew that wasn’t enough. (As much as I hate to admit it, I can’t even solve my own problems, let alone his.)

At the end of the road in Colorado, as he stood there by the car drinking his bribe and exchanging a last few words, I mentioned that he always wanted one more thing from me but he never gave me anything.

“Yes, I did,” he responded. “I pricked your conscience.”

He used to scream, “You’re living like a millionaire while I have to live like a dog, and you don’t even appreciate it.” I always responded that millionaires didn’t have people knocking on their windows for attention dozens of times a night. But the truth is, he is right. I am living like a millionaire — warm bed, hot food, cold drinks, pristine toilet, kitchen, safety, comfort, and friends who care about me.

So thank you, all of you. You mean more to me than you will ever know.