Blogging for Peace and Other Matters

It’s only the second day since my resolve to blog every day until the end of the year, and I’m already finding excuses why I should bail on idea. Too tired. No ideas. Nothing to say.

Well, that’s not exactly true. I’ve been planning on doing a follow-up to the Blog4Peace project I participated in on November 4th, but the drift of life had me in its grip. I suppose now is as good a time as ever to offer my retrospective, even though that day is long past. 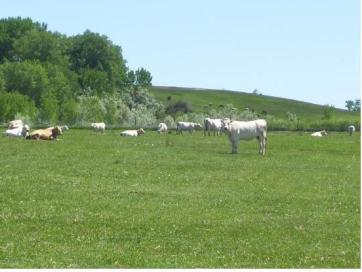 I’ve been a peace blogger since 2012, though I’m not sure why I decided to participate in the first place. I don’t believe in “world peace” as a cause. People always talk about the human race as if we are warmongers, and yes, some people are, most notably those who make money and take power from wars, but think about it. How many wars have you personally started? For the most part, we (you and me, anyway) are peace lovers. We shy away from violence. Most of us don’t even start personal conflicts, though sometimes we do unwillingly get involved in contretemps we don’t quite know how to end.

Nor do I believe that nature itself is peaceful.

Just think about it — there you are, having a nice pleasant walk through the woods, having a picnic in a meadow, or perhaps standing on top of a mountain. All is peaceful. Or is it? If your ears were hypersensitive, as is the hero from my decade-old work-in-progress:

His ears became attuned to the quiet, and he heard insects cricking and chirring and buzzing.

Then other sounds registered, sounds so faint several seconds passed before he comprehended what he was hearing: the relentless hunger of nature. The larger prairie creatures and the most minute devoured each other in a cacophony of crunching, tearing, ripping, gnashing, grinding.

At the realization he was sharing space with things that must be fed, he took a step backward and bumped into a tree, a gnarled oak that hadn’t been there a moment ago. Leaning against the ancient tree, he heard the roots reaching out, creeping, grasping, wanting, needing. He jerked away from the tree and fell to hands and knees. Blades of grass moaned under his weight, and the screams of wildflowers being murdered by more aggressive vegetation almost deafened him.

He opened his mouth to add his own shrieks to the clamor, but closed it again and cupped his ears when he became aware of a long sonorous undulation deep beneath the ground. The heartbeat of the earth.

If we expand peace to a microscopic or even a cosmic plane, we see a stasis created by opposite but equal forces in conflict.

9 Responses to “Blogging for Peace and Other Matters”