Whose Story Is It?

I woke this morning with the perfect plot for my next book, though I’m not sure I can write it because it’s not my story. In the writing, it will become my story, of course, taking the characters in directions they wouldn’t go in real life, but the people involved in this would-be plot are the starting point, and one person already told me he didn’t want me to put him in book. Or maybe he said he didn’t want to be the villain. Or the victim. One of those. Then he sort of backtracked and said it didn’t matter, so I don’t know where I stand.

Even without his permission, I could still write the book and see what 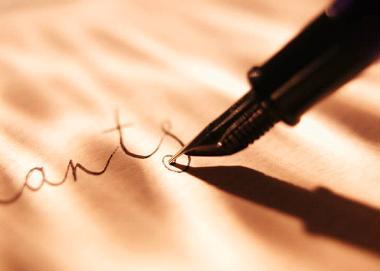 happens. If none of the characters are recognizable in the end, then it wouldn’t matter whose story I started out with in the beginning.

Figuring out who the story is about is one of the first steps to putting a book together. And in this new book, as in Madame ZeeZee’s Nightmare, the story would be mine and the main character me. Or not. Let’s just say a character named “Pat” with a penchant for hats, who might or might not be me, would be the narrator.

This fictional Pat would buy a house in a town where many people had lived their entire lives (some returning as older adults to the very house where they’d grown up). During renovations of the house and property, many small mysteries would arise. The house itself would be a character, the way it wraps itself around Pat and makes her feel at home, and conversely, the way a visitor was made to feel unwelcome by a ghost only the visitor could see. And the fellow who didn’t want to be in the book would be there in spirit if not in a fully-developed character because he’s the one who, in fixing the place, finds many of the puzzles.

It’s possible there would be enough with just the house and possible ghost to write a cozy mystery, leaving the harder-hitting story I thought of this morning for a later book, but I don’t have all the pieces to the ghost story yet.

And then there’s the additional matter of not having the push to write — getting the house and garage fixed, daily blogging, and attempting to get back into an exercise routine — takes up most of my available “push.” For now, I’ll let both stories stew in my brain pan and see if they coalesce into one cohesive whole or if they remain two different stories with many of the same characters.

The only books I’ve written since Jeff died were all grief infused, even the fiction. Some people thought the grief in Madame ZeeZee’s Nightmare misplaced because it overshadowed some of the lightheartedness, but that’s what the narrator “Pat” was feeling at the time. Besides, I do find it ludicrous that so many mysteries and thrillers are steeped in countless deaths, and no one gives even a passing thought to the emotional toll.

It would be worth writing another book just to see where that “Pat” is now, and if her new-found peace shows up in the story.

Like Loading...
Posted in fiction, life, writing. Tags: a house as a character, cozy mystery vs hard-hitting story, figuring out whose story it is, ghost story, Madame ZeeZee's Nightmare, writing a book, writing a person's story without their permission. 14 Comments »