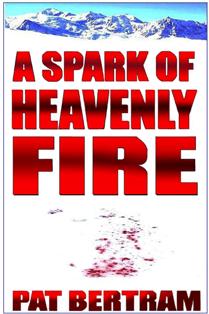 I don’t know the truth of what’s going on. No one knows, though most of us read a few articles, see a few videos, watch the news, talk to friends, and so we think we do. Not even the people the “conspiracy theorists” think are behind the current situation know the truth. There are folks so deeply entrenched into the power structure of the world economy and have been for so many years, that we see only their minions.

Although I don’t consider myself a conspiracy theorist, I have spent most of my life researching conspiracies, trying to find the truth. (Keep in mind that researching back then wasn’t a matter of googling a few sites and watching a couple of videos. It meant books, and books, and more books. It meant studying research papers and tracking information through various sources.)

That’s all I’ve ever been interested in — the truth. Whether it’s the truth of religion, politics, history, science, life, death, it’s all fair game to me. Truth has been a lifelong pursuit. In fact, when I was in eighth grade, we were assigned to create the front page of a newspaper, including headlines, articles, etc. My newspaper was all about the meaning of nursery rhymes, and back then it took some digging to find out some of those meanings. For example, “Ring-around the rosy” originated as a rhyming song about the black death —“We all fall down.” Mary, Mary, quite contrary supposedly tells a grim tale about Mary Tudor.

One thing I did learn during a lifetime of research (two lifetimes if you include Jeff’s historical research in addition to mine) is that often a so-called conspiracy is merely a plan someone or a group of someones makes and doesn’t tell anyone.

Is what’s going on today fulfilling some people’s agendas? Probably. However it started, however anything starts — whether by accident or design — there is always someone who is ready to make a profit from it, either in money or power. There will also always be people who believe there is an agenda even if they can’t agree on what that agenda might be, and there will always be those who don’t. It doesn’t make a difference, really. We still have to deal with each day as it comes and to protect ourselves however we can.

Although I have been trying to find out how some influential people are using this situation to promote themselves and their businesses (destroying small businesses in the process), I don’t know if I care what the truth is. Whether this is the simple pandemic we’re told it is or whether there is some nefarious purpose behind it, knowing won’t change anything. Besides, the truth doesn’t always set us free. Sometimes it only serves to make us sad and weary and so very, very discouraged.

When I was writing A Spark of Heavenly Fire, my novel about biological warfare that mirrors this situation in sometimes eerie ways, I needed a substory and, as often happens, I found a clue in the very next book I read, and the pursuit of that clue led me to a place called Pingfan and added a depth to my novel I could never have imagined.

By that time, I thought my knowledge of man’s and woman’s inhumanity to their own kind made me shockproof, but even I was appalled to learn about Pingfan. For those who have read A Spark of Heavenly Fire — no, I did not create Pingfan. I don’t have that sort of inhumane brain. General Ishii created the place.

General Ishii was the leader of the Japanese germ warfare program. It’s ironic, but the Japanese had no interest in biological warfare until the Geneva Protocol’s 1932 ban on biological weapons. Ishii concluded the ban meant they were an effective means of fighting a war, so he persuaded the imperial army to let him establish a biological warfare installation. The army granted permission in 1937.

They built the installation in Manchuria near a village called Pingfan, forty miles outside of Harbin, and it was huge—a town in itself, actually, and self-supporting. In addition to living quarters and the research facilities, which included a separate compound for plague research, there was a school, a railroad siding, an administration building, a crematorium, a powerhouse, a hospital, an airbase, and farms for raising food and livestock. A high wall topped with barbed wire hid the facility from view. A moat lay beyond the wall to trap any intruders, and an electrified fence surrounded the inner perimeter to prevent escapes.

Three thousand doctors, scientists, technicians, and soldiers worked there. The output was staggering. They grew and experimented with all kinds of diseases and bio-weapons. And they had the capacity for producing twenty million doses of vaccine annually. Radiating out from Pingfan were eighteen other biological warfare stations, each staffed with three hundred people. Many of those stations were on mainland China. The whole program was administered by an organization with the innocuous name of Boeki Kyusuibu, which means Anti-Epidemic Water Supply Unit.

The Japanese conducted their experiments on Chinese villagers and POWs—mostly Chinese, but also American, British and Australian prisoners. (Many of the soldiers from the Bataan death march ended up there.)

Hundreds of American POWs died torturous deaths, and if by chance any of them survived one experiment, they were immediately put to use in another. Thousands upon thousands of Chinese were also killed—at least a hundred thousand, perhaps as many as a million—but the Japanese admitted to only a thousand. (And now the Chinese have their own bio-labs.)

The Japanese conducted all sorts of experiments.

Using planes, they scattered rice and wheat mixed with plague.

They dropped anthrax bombs designed to shatter into a thousand pieces of shrapnel. A single scratch from one of those fragments caused death in ninety percent of its victims.

They injected their victims with diseases, fed them cultures of diseases, exposed them to clouds of diseases in gas chambers, then killed them at various stages of the diseases, and performed autopsies on them. They performed some autopsies while the victim still lived.

They poisoned thousands of wells in Manchuria with cholera, typhoid, and dysentery. Interestingly, a regiment of Japanese soldiers unknowingly drank from one of those wells. Thousands died.

They also infected fleas with botulism, put them in balloons, and let them go, hoping they’d reach the United States. Many of the balloons did reach the western coast, but luckily the fleas had all died.

In addition to bacteriological experiments, the doctors had conducted experiments on frostbite. Victims were taken outside in the coldest months of the year and forced to immerse their hands and feet in barrels of cold water. They were kept outside until their extremities froze, then were taken back inside so the doctors could investigate means of treating frostbite.

The doctors had also done blood work experiments. In an effort to discover if blood other than human could be used to treat wounded soldiers, prisoners had been drained of their own blood and infused with horse’s blood. All died.

After the war, Ishii ended up in the custody of the United States. He told them about his germ warfare program in exchange for immunity. The U.S. concluded that the potential benefits of the research outweighed the demands of justice. No war crimes were ever brought against Ishii, and the whole thing was covered up. Ishii retired to a village named Wakamatsu-cho, where he lived on a pension provided by the U.S. government until his death in 1959.

None of the other doctors involved ever charged with war crimes, either.

The doctor who had fed typhoid germs in milk to prisoners, and who had been responsible for certain types of germ bombs, became a professor of bacteriology at Kyoto University.

The frostbite expert joined the faculty of Kyoto Prefectural Medical College and later became its president.

The premier germ bomb expert joined the Japanese National Institute of Health, where he continued his bacteriological research.

The hematologist opened a blood bank that eventually became one of the most successful multi-national medical supply and pharmaceutical companies in the world.

The only reason any of this became public knowledge is that many years later, when some of the American victims applied for help through the VA, they were told their records were sealed, and that what they had experienced had never happened. They fought for their truth, and won.

Was that the end? Of course not. There’s always someone trying to make a bad thing worse. For example, the Russians built an underground facility capable of growing eighty to one hundred tons—tons!—of the smallpox virus every year. Even worse, they modified it genetically, combining the smallpox with Ebola and Venezuelan Equine Encephalitis, a brain virus. Worst of all, the collapse of the Soviet Union left hundreds of biological research scientists unemployed. Many of them took the smallpox with them when they went to work for other countries like Libya, Iran, Iraq, North Korea, India, and maybe even Israel and Pakistan. And of course, the United States.

So, do I think some powerful people are using this current situation for their own ends? You bet. Do I know that those ends are? I can guess, but even that would fall short of the truth, because some truths are so horrific and unspeakable that only masterful psychopaths can imagine them. I no longer even have the heart to write about such crimes, which is why only my first four books are based on various conspiracies.

If you’re interested in reading A Spark of Heavenly Fire, it’s still available as a free download from Smashwords. Click here to get your free ebook: https://www.smashwords.com/books/view/1842. Be sure to use the coupon code WN85X when purchasing.