Unlike the Pacific Crest Trail, there is not a unified Pacific Coast Trail. There is the Washington Coast Trail, the Oregon Coast Trail, and the California Coastal Trail, all in various stages of completion. But I don’t need the entire trail — a few miles here and there are sufficient to get a taste, and oh, what a taste!

Some of the existing trail isn’t really a trail — just a walk on the beach — but I was given the opportunity to hike a bit of the mountainous, non-beach part of the trail. And it was a hike — every step had to be carefully scouted and placed, and it would have been nigh impossible without a trekking pole. Though in most places the trail was easy to see, long grasses grasped my ankles, tree roots snaked across the path, and moss-covered planks bridged small chasms. In one steep case, I even had to walk down timber stairs.

I only caught a few glimpses of the ocean, but always the sound of the surf kept me company on my solitary hike. I started high at a popular lookout point with a fantastic view of the ocean. Everyone else turned left and took the short, sidewalk-wide path down to the beach. I, of course, turned right. The long trail I took was definitely less traveled, not a journey for the faint of heart. Parts of the trail were eerily gothic, other parts primordial. If Bigfoot were nearby, quietly munching wild blackberries, I would never have seen him/her.

When I finally made it down to the beach, I shot a photo of the densely forested hills I’d just hiked, and tried to imagine myself alone in that distant wildness. My imagination couldn’t stretch that far — it seems impossible I’d been wandering in that mass of trees, unseen, for all those hours. Well, two hours.

I’d never meant to write a travelogue, but so far, I haven’t really learned anything from my awesome but rather tame adventures. Haven’t had any grand insights. Haven’t made any self-discoveries. I certainly haven’t managed to pull back the veneer of life to see what if anything lies beyond the natural beauty. Still, beauty exists in and of itself. Beauty is its own reason for being, and I’ve been privileged to bask in beauty’s aura. 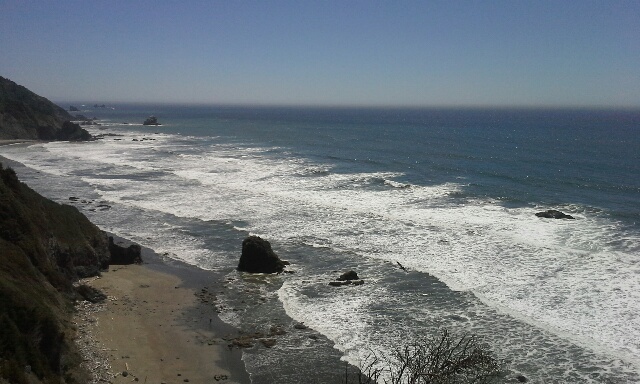 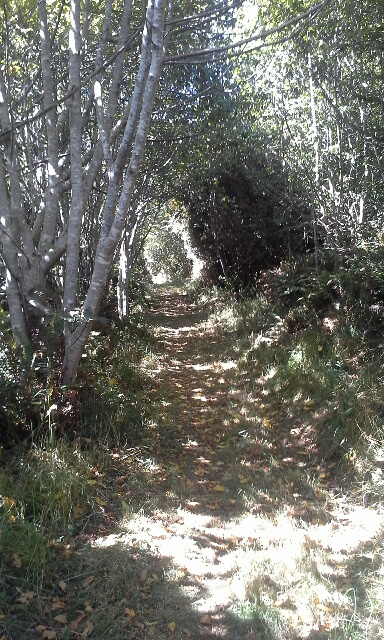 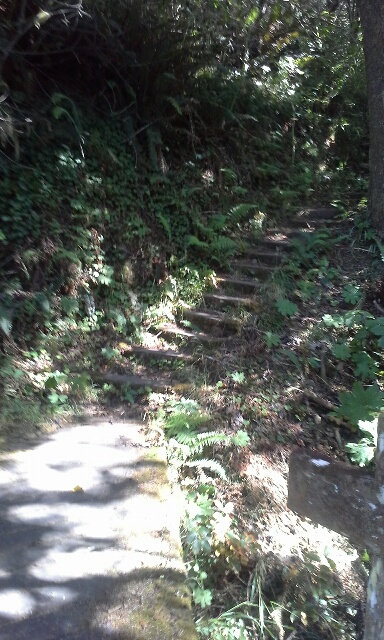 Robinades, Beauty, and Other Things

What is the surname of The Swiss Family Robinson? If you’re like me, you’d assume it is Robinson, but apparently, Johann David Wyss never actually used the name “Robinson” in the book. It turns out that “Robinson” is a genre based on Daniel Defoe’s Robinson Crusoe, which started the whole desert island survivalist fiction movement. (Some say Defoe started the whole fiction movement, that Robinson Crusoe is the first real novel, but I don’t really know if that is true. I do know that book-length fiction was called a novel, because it was “novel.”)

I found it interesting that I would come across a mention of this genre right before watching the movie Enemy Mine, which is a robinsonade in a sci

ence fiction setting. Dennis Quaid is stranded on a desert planet — an island in space — and in true robinsonade fashion, nature is viewed as harsh and ungiving (as opposed to The Swiss Family Robinson, which views nature in a more benign fashion). Although Enemy Mine doesn’t follow the genre form of building a civilization out of that wilderness, Quaid does find a way to survive and to form a civilization of sorts with his marooned enemy, a Drac, played by Lou Gosset Jr.

The set, designed by Rolf Zehetbauer is magnificent, as is the make-up, but for me the most interesting effect of the movie is the subtheme of beauty and ugliness. (The Terran and the Drac each see the other as ugly.) Every time I see this movie, I am struck by how normal the Drac looks to me by the end of the movie, and I think how seriously damaging it is for us to beatify beauty. Sure, beautiful people are nice to look at, but so are those who aren’t quite so spectacular looking. It might take a while to get to know the person or to become used to a less than eye-catching appearance, but in the end, beauty means nothing. (Well, in the end, we are all worm food or a box of cremains, but let’s not go into that.)

I know one thing, though. If you were living a robinsonade life, stranded on a desert island with a less than attractive companion, as in Enemy Mine, you’d soon focus on what mattered most — survival. It is only in a world where survival is almost a matter of fact (at least for a while) that the differences in appearance can loom so large.

Pat Bertram is the author of the suspense novels Light Bringer, More Deaths Than One, A Spark of Heavenly Fire, and Daughter Am I. Bertram is also the author of Grief: The Great Yearning, “an exquisite book, wrenching to read, and at the same time full of profound truths.” Follow Pat on Google+. Like Pat on Facebook.