The Moment the Future Begins

At other times, although I am no longer caught up in the breath-stealing agony of new loss, I feel as if my life stopped when grief began, and in a way, that is also true. I cannot live in the past. Although I am way too introspective for my own good, I never, ever, think about what my life would be like if he hadn’t gotten sick. If he hadn’t died. There is too much pain in that thought, too much negation of the reality of our lives.

At the same time, I cannot live in the future. We can never know what the future holds, can’t guess the traumas, such as my horrendous fall, can’t even guess what good might happen.

So, like this heron sculpture I photographed in the botanical gardens in Wichita, Kansas, I am forever poised in the moment with the past gone and the future not begun. 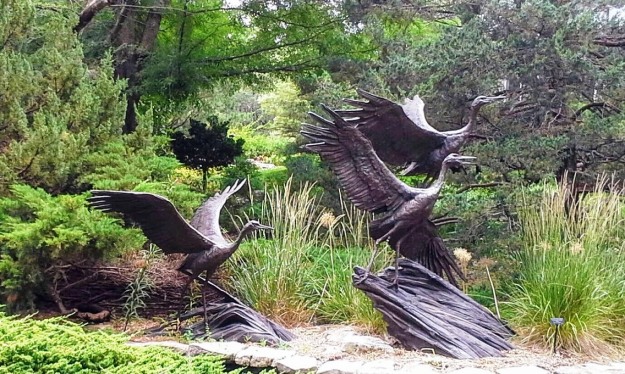 It seems odd to feel in any way that my life stopped when Jeff died since I truly have had an incredible number of experiences and adventures in the past years, experiences I would not have had if Jeff were still alive. I sometimes wonder what he would think of what I have done, what I have yet to become.

But that thought brings pain, too.

I used to think living in the moment was living on a knife’s edge, but now I prefer to think of it as living in the very instant before I take flight. It seems a bit more hopeful, as if I will eventually soar, but for now, all I have is that frozen flight.

I was going to add that I wish I knew that my life would work out (rather than the dread I have of being lonely and broke and old) but I really don’t want to know. If wonders are in store, then they will be a joyful surprise. And if not? Well, I’ll deal with that dreaded future when it happens.

So here I am — as we all are — poised forever at the very moment the future begins.

In traveling, as in reading, the surprises scattered among the expected are what make an experience exceptional. Although I have seen thousands of lovely views, the unlooked for, the unforeseen, the unanticipated are the most memorable. Going around a bend and seeing a fabulous valley spread out far beneath me. Finding fanciful rock formations hidden behind a bleak landscape. Passing a fairytale house in a prosaic neighborhood. All wonderfully unexpected.

In Kansas, which has the reputation of being a rather boring state, I have been beguiled by the scattered sculptures that enhance the natural beauty of the Wellington and Wichita area. A herd of unheard horses thundering across a lawn. Children reading. Water fowl taking flight. A blue heron all but hidden in the reeds. These photos are below.

Other sculptures I only caught glimpses of as we passed — children jumping into a swimming hole, a mother and child walking in the garden, a prairie woman gathering flowers, a little boy catching minnows by a pond, a man soaking his feet in a fountain.

Apparently, there are dozens of such sculptures scattered about the Wichita area, though I only saw these few. Still, whenever anyone speaks of Kansas in a derogatory tone, I will smile to myself and remember these wonderful sculptures that add a fillip of playfulness to beautiful but otherwise unsurprising scenes. 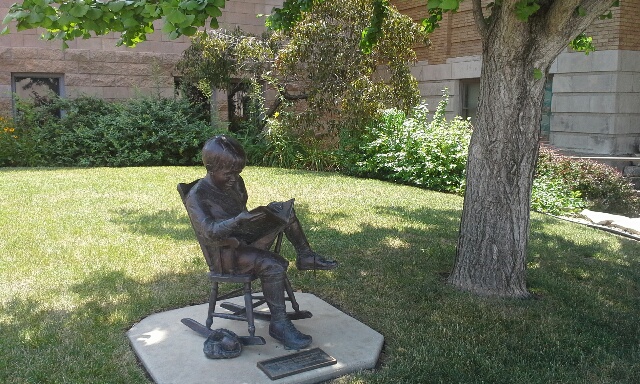 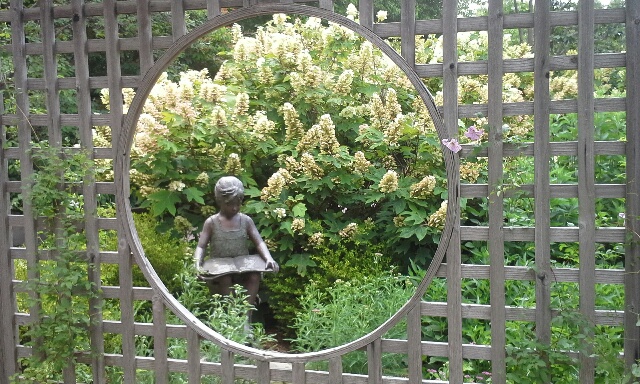 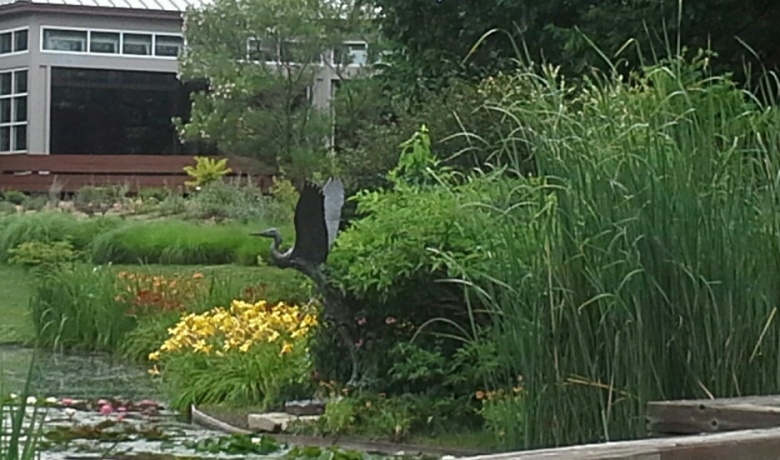