I’ve been working on my decade-old manuscript, and it’s actually going well. I just have one problem you might be able to help me with.

Several of the characters are part of group, and the group will be disappearing en masse. The fact of the disappearance won’t be shocking because such things have already happened in the story, though it will sadden the two left behind

and help set up the final act of the story.

I’ve been mostly developing the group roles and trying to present the group itself as a character rather than the individuals in the group because none of them individually advances the story. Consequently, I haven’t done much besides give the individuals brief profile sketches and conflicts within the group, but now I’m wondering if that’s enough.

Since the story is told from a single viewpoint — the main character — any development of other characters has to come from what that one character can observe. A couple of the characters hate the hero and would not tell him anything, so I haven’t given them much of a background, but should I find a way to tell their backstories? Is it necessary?

WRITERS, how fully do you develop your minor characters, especially characters who are going to be killed off?

Our characters are more than just the creatures of our story world, they are the lens through which readers see into that world. It is possible to tell a story without using this lens, but the resulting story world can be gray and lifeless. Characters interacting with that world and each other give it color, make it seem more real.

I learned this the hard way.

I wanted the hero of More Deaths Than One to appear to be an insignificant little man though he was rich, had a couple of influential friends, and once had been a secret agent. Despite several rewritings, I could not make him come alive. He seemed dull and boring rather than the mysterious character I wanted him to be, and when the information about him unfolded during the course of the novel, it too was uninteresting. No matter what I did, I could not make him or his past three-dimensional. 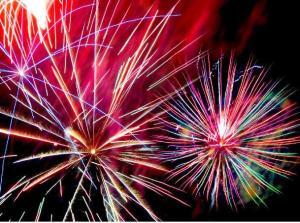 , I created a love interest for him. (It seems like an obvious solution, but originally I wanted him to be a loner. Oddly, the love interest made him seem even more of a loner by comparison.) When I began to see him through her eyes and her amazement, all of a sudden he burst into full color.

In this same way, when we see the story world as the character sees it rather than how we as the creator of the world envisioned it, the scenery comes alive. For example, here is a brief excerpt from A Spark of Heavenly Fire:

Kate jumped out of bed like a child on Christmas morning, ran to the window, and opened the drapes.

It looked as dim as dusk. The sunless sky embraced heavy dark clouds that hung so low she was sure she could reach out and touch them. The howling wind blew a few snowflakes around and rattled her leaky window. The icy draft made her shiver.

What a lovely day!

Posted in writing. Tags: A Spark of Heavenly Fire, character viewpoint, characters, developing a character, More Deaths Than One, writing about a loner. 2 Comments »

J J Dare, author of False Positive and False World, delights in creating evil characters. A fellow collaborator in the Second Wind serialization, Rubicon Ranch, J J Dare created the monstrous victim in Rubicon Ranch: Necropieces, the second book of the series, along with a couple of his offspring. She calls her evil characters Bad Wasps.

We’re starting a new book,  Rubicon Ranch: Secrets, and seeing how much fun J J Dare has with her evil characters, I’d considered exchanging my ongoing character for a bad wasp, but my character, Melanie Gray, still has so much to accomplish that I can’t just dump the poor woman. She needs to find out who killed her husband and why, and she needs to resolve her feelings for the misogynistic sheriff.

I considered writing another character in addition to Melanie, and I almost gave up when I couldn’t think of a character I’d be willing to spend the next year with, but then I discovered Lydia Galvin. Or rather rediscovered her.

Lydia was an offscreen character in the first book of the series, Rubicon Ranch: Riley’s story — Sheriff Bryan’s lover. Told from the sheriff’s point of view, she was a grasping woman who wanted him to divorce his wife and marry her, but when he wouldn’t fall in with her schemes, she ended up turning him in to the disciplinary committee.

“Anyway, Lydia Galvin . . . Lieutenant Lydia . . . she and I had an affair. What Lydia wanted was love. And she wanted me. She could not believe I didn’t love her to the extent she loved me. She wanted me to leave Monica. When I wouldn’t, she threatened to tell her. I told Monica first, as a preemptory strike. Lydia had visions of confronting Monica. Boy was she surprised when Monica confronted her. Monica told her to be content with what she had with me, that she was going to mess up all our lives if she kept on.”

Bryan paused for a reaction from Melanie, but her serene face gave no indication of her thoughts.

He took a sip of tea. “Somehow Lydia got the idea that if she came between me and my career, between me and my marriage, I would magically realize how much I cared for her. Once she told the right people on the force what was happening, the disciplinary procedures couldn’t be stopped. And of course discipline issues on the police force become public record. I had been the beloved, fair-haired boy before. It was so totally different to become the pariah. Lydia came to me—even after I had cleaned out my office and watched them paint over my name on my parking space. She came to where I was standing and said, ‘Can’t you understand how much I love you?’”

“I said, ‘I’m still licensed to carry a sidearm in California and if you come near me again I’m going to shoot you between the eyes.’”

On rereading the passage, I realized how much of a philanderer’s point of view it portrayed. In trying to see the situation from Lydia’

s side, I got the impression of a woman, perhaps a bit lost, perhaps hard used by the sheriff who obviously wanted only one thing from her, and it wasn’t the love she so desperately craved. It must have hurt her deeply to try one last time to connect to the man she loved, and to have him threaten to kill her. Might this (and whatever in her background that made her so desperate for love in the first place) have turned her into a stonehearted woman willing to kill to serve her ends?

I’ll find out in the coming months as I develop the character. It should be fun to discover if she’s a bad wasp or merely a woman who’s had too much pain in her life.