Last week brought big changes. First, although I was not supposed to have the surgery to get my fixator off until this Tuesday, April 4, when I went for my pre-op on Monday, March 26th, the surgeon decided to take the hardware off the next day due to irritation around the pin sites. So, I had the surgery on Tuesday, March 27, the seventh anniversary of my life mate/soul mate’s death. I spent Wednesday in 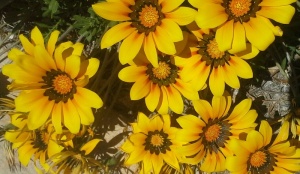 bed trying to recuperate, finished packing on Thursday, and moved on Friday and Saturday with the help of some friends.

I hadn’t really planned to move, but the place where I was staying had become un-conducive to healing. (Is that proper terminology? If not, the words describe how I felt, which makes it proper.) And this new place fell into my hands. It’s across the street from open desert, and while the house itself is much quieter than the one I came from, the area is vastly noisier. Dogs barking, power tools screeching, and trains howling. (This is a major transit area for trains, not passenger trains but freight trains, and they come within a mile of where I am staying, sometimes every few minutes, blaring horns all the way. Yikes.)

Still, I think the trains create sounds I can get used to, I have earplugs for other intrusive noises, and — did I mention? — I am across the street from the desert! I can’t really go hiking yet— because of my destroyed arm I am considered a fall risk (and I feel like I am at risk for a fall) — but I can pick my way carefully through the lower trails and washes. The neighborhood is also much nicer than the one where I’d been staying, and I have a private bath, which, along with the proximity to the desert, helps offset the noise pollution. (It’s amazing to me how much noise pollution we allow. Why should one man with a chainsaw be allowed to destroy the quiet of an entire neighborhood? It doesn’t seem right.)

I still have a long recovery ahead of me, at least a year, perhaps two, until I get to my maximum mobility. Although the surgeon continues to claim I will only end up with fifty percent mobility and guarantees that I will suffer from posttraumatic arthritis, I intend to do everything I can to heal. If I were with someone, I’m sure I would have the same resolve, but being alone and facing a future alone, I need to give myself the greatest chance of being able to take care of myself completely for as long as possible.

Oddly, despite a few surges of grief over the fate of my arm, I’ve handled the situation with equanimity. Perhaps the lessons of grief and other adversities have finally sunk in. The arm might be deformed, might be lacking in strength and mobility, but I am not deformed. I am not lacking in strength and mobility. Whatever happens with the arm, it in no way changes me — who I am at the core. (Of course, it still hasn’t been determined who I am at the core, but I don’t know if it’s necessary to make that determination. It should be enough simply to be. To adapt. To become.)

One change I’m curious to see how will affect me is that for the first time in a long time, I have a place to read and relax other than on the bed. Will I be able to sleep better using the bed only for sleep? I guess I’ll find out.

It seems sort of a new beginning, this April. I passed the seventh anniversary of my life mate/soul mate’s death. I got the external fixator removed, which will allow me to enter a more active role in my healing. And I have a new place to stay.

In her book The Stillwater Meadow, Gladys Tabor wrote: “People have seasons . . . There is something steadfast about people who withstand the chilling winds of trouble, the storms that assail the heart, and have the endurance and character to wait quietly for an April time.” During the first years of my grief — while I worked through the pain of my life mate/soul mate’s death and our separation, adjusted to life without him, learned to think of him with gladness instead of sadness, searched for new ways of being and new reasons for living, realized that he is he and I am I and we have separate paths in life — I held fast to the idea of an April time. 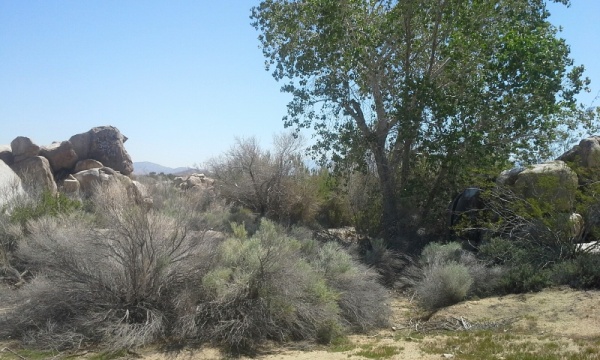 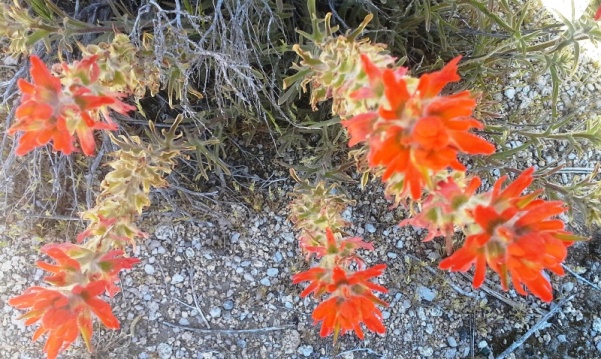 13 Responses to “My April Time”